In 2005, Catherine Connors (MA 2000) was immersed in her dissertation work at U of T – which centred on the history of women in political thought. She was fascinated by how mothers, throughout time, told their stories: their narratives were largely kept private, recorded within diaries and letters. In the public realm, women’s voices were silenced.

Later that year, Connors had her first child, Emilia. A few weeks after her daughter was born, Connors – in a new-parent state of pure exhaustion and struggling with postpartum depression – sat down at her computer and read her first mom blog online. It was, as she puts it, “the horse and buggy years of social activity on the Internet” and she had never heard of parenting blogs. “The new mom in me was like, ‘Oh my God, I’m not alone’ and the academic in me was like, ‘Wow, here is a public forum for storytelling about the family’ – a space for ordinary mothers to tell their stories.” It was the first time in history that women had a widely available platform, Connors adds. “It just kind of blew my mind.” 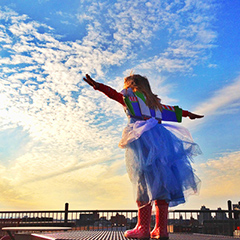 Connors never went back to academia. Instead, she started her blog – soon entitled “Her Bad Mother” (which takes aim at philosophic and literary characterizations of “bad” women and seriously questions what it means to be a “good” or “bad” mom). Like American writers Anne Lamott and the late Caroline Knapp, Connors has the ability to highlight the profound through the prosaic – whether she’s writing on sleeplessness, cliques and bullying, or stuff her kids have wrecked.

And the humour, there’s always the humour, in her stories of parenting the awesome forces that are Emilia, 10, and Jasper, 7. In “Rebel Angel,” for example, she writes about her and her husband’s attempts to discipline their then-three-year-old daughter: Emilia battles against their rules like “a tiny little sans-culottes, or a tiny little Robespierre, or some explosive hybrid of the two. She resists, and we cave to her resistance, and like France of the late 18th century, we go down in flames.” 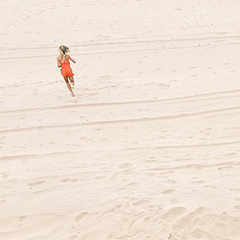 Connors’ Twitter account boasts 23,000 followers, and Her Bad Mother was named one of Time’s top 25 blogs of 2012. Last year, she left her job as editor-in-chief at Disney Interactive Family in Los Angeles to start her own company, Demeter Media, which develops programs to empower girls. Connors has gone from being one of about 8,000 mommy bloggers in the world to one of millions. “The stories that we have as mothers can be deeply thoughtful, very philosophical, very beautiful, very poetic, as well as very funny and edgy,” she says. “My position for years has been that some of the best writing that you’re going to find on the Internet is by women rooted in the experience of being a mother.”