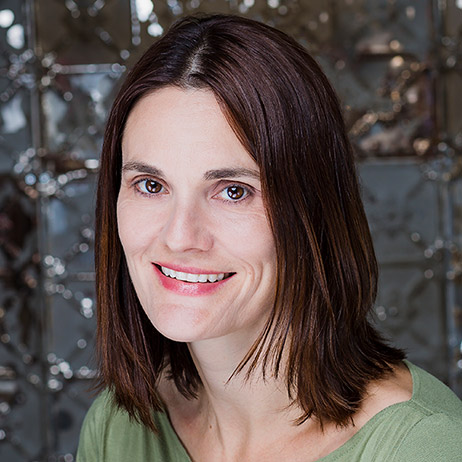 It’s easy to feel defeated living in Toronto. We’re the city of sky-high housing costs and transit paralysis and the Maple Leafs. A local could be forgiven for deciding that things here don’t always work so well.

But on a hot day in June, Fadi Masoud, an assistant professor at the Daniels Faculty of Architecture, Landscape, and Design, is an optimistic antidote to civic defeat. Gym bag slung over his shoulder, he plays cheerful tour guide through the city’s transforming waterfront, walking fast and pointing out all the things that are going right. “Toronto is leading the world on flood protection, and most people don’t have a clue,” he says, semi-jogging through Corktown Common, a rolling green space at the mouth of the Don River that’s a precursor of what’s to come in the ambitious redesign of the Port Lands. A speed stroll through Corktown Common is an act of time travel to the city’s resilient future. According to Masoud, the kind of devastating flooding we saw this year (and in 2017) may not vanish, but will be much better managed.

“I came here as a student years ago when this park was just mud. Amazing!” says Masoud as we pass an athletic field where a trio is playing Frisbee. Next, we hit a marsh on the western perimeter, a wetland habitat for chirping birds and rustling amphibians. Above us, on a hill, kids are loudly romping in a splash pad beside the park’s solar-powered pavilion.

Less than a decade ago, this area was deemed a writeoff, a post-industrial void susceptible to the Don River’s damaging whims. But now, Corktown Common sits on a functional flood plain. Landscape architects ensured that each design feature – wetlands, berms, mixed elevations – worked in concert to safeguard downtown Toronto’s eastern flank from the inevitable floodwaters. Because of that design, new buildings and businesses could safely pop up nearby. “It’s not just a park,” says Masoud, pointing out an urban prairie with clusters of wildflowers. “It’s also a form of infrastructure. It’s both civic and functional.”

After earning a post-professional master’s degree in landscape architecture from Harvard University and lecturing at MIT, where he headed research projects on coastal flooding in Florida, Masoud began a faculty position at U of T in 2017. It was a homecoming – he’s a graduate (MLA 2010) and Torontonian, having arrived from Jordan with his family at age 14 – but one of the biggest draws for Masoud was the prospect of working in a city that’s aiming to apply the principles of resilient design that he was teaching.

Today, Masoud sits on the Design Review Panel of Waterfront Toronto, the federal-provincial-municipal agency behind the $30 billion revitalization of 800 hectares of Toronto waterfront. And while Masoud didn’t design Corktown Common, he speaks about the U.S. firm that did – Michael Van Valkenburgh Associates – with the awe of a rookie NBA player talking about LeBron James. “What we’re looking at here is design excellence. Good landscape architecture understands that you can’t work against the forces of the environment you live in. The landscape should dictate where streets go, where parks go, how we orient our buildings. We should take cues from the environment to generate urbanism,” says Masoud. “A place that’s designed for resilience is one that works well within its context and can cope and manage with whatever stresses and shocks it comes across” – including flooding.

Leading with landscape is a very healthy way of city building, but it’s also very incremental. It takes time.

Masoud uses Toronto’s waterfront as a case study in an upcoming book called, cheekily, Terra-Sorta-Firma: Reclaiming the Littoral Gradient, a graphic atlas that looks at the world’s developed coastlines – places where cities have been built on top of saturated lands such as estuaries and marshes. “Land reclamation,” as this process is called, has created a troubled urban cycle: waterfront districts can be inherently unstable, vulnerable to flooding and natural disasters, but they are also highly desirable property, leading to ever more development.

Though oceanfront flooding isn’t Toronto’s problem, Masoud sees similarities in how both places urgently need to adopt a way of thinking that links urban land use with landscape. “It’s not enough to expand a sewer pipe anymore. There has to be a holistic and integrated approach to how you develop cities, and that’s the same in Florida or Toronto.”

Tensions between the environment and urbanism first came to Masoud’s attention when he was growing up in Amman, a Jordanian city where historic ruins stand side by side with rapid, hyper-modern urbanization. Fruit trees surrounded his childhood home, and he used to pluck cherries and apricots in his yard. But as the city grew, Masoud noticed changes. “Over my lifetime the place became a concrete jungle,” he says. The fruit stopped growing. A centuries-old grove of olive trees disappeared. “You could see there was no thought whatsoever put into the relationship between how the city was mushrooming and growing, and how the landscape around it was being affected. That was always in my subconscious.”

The family immigrated to Toronto in 1998 and over the course of Masoud’s adolescence in the city, he saw urbanism accelerate yet again as cranes and skyscrapers began to dominate the Willowdale skyline. He enrolled in and graduated from an urban planning program at the University of Waterloo but wanted to push the boundaries of the profession and look for more solutions. He saw landscape architecture as a burgeoning corner of urbanism, and enrolled in the master’s program at U of T.

We walk south, toward the western edge of the Port Lands. This massive area used to be a marsh but in the early 20th century it was industrialized and paved over, making it highly susceptible to flooding. This century-old pattern is familiar to Torontonians. As the city develops, green space is swapped for asphalt and concrete, which is less able to absorb the rains that climate change has exacerbated. Natural waterways get buried. The city’s ancient stormwater infrastructure gets overwhelmed, causing floods. 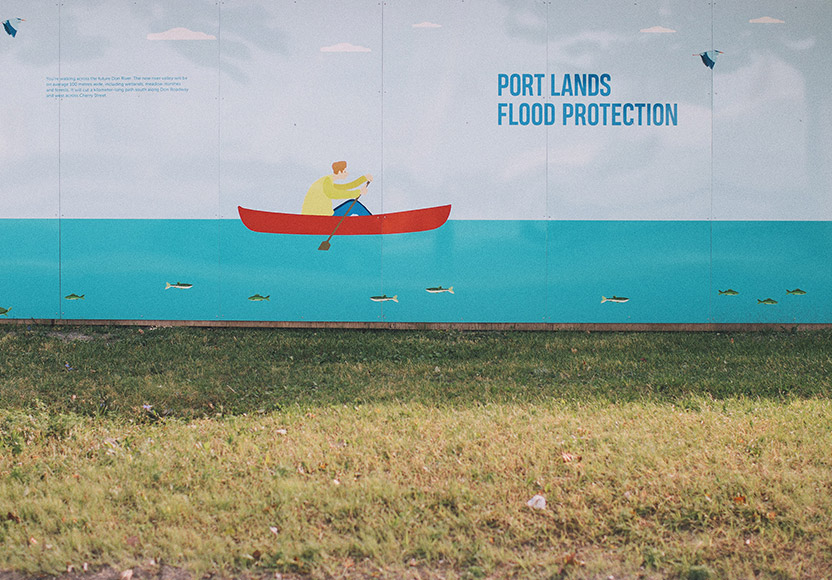 The redesign of the Port Lands is a reckoning with this reality. Scheduled for completion in 2024, it will be Corktown Common amplified – with promenades and playscapes next to wildlife-friendly wetlands and channels you can canoe down. But perhaps the most radical element of the new waterfront will be the renaturalizing of the mouth of the Don River. Designers will add another waterway, effectively relieving the old river by building a new one.

Neighbourhoods built near this urban river park may include Quayside, the proposed Google-backed Sidewalk Labs project – which, Masoud notes, would also benefit from Waterfront Toronto’s flood-protection innovation. “Landscape elements such as berms, waterways and vegetation also make for a ‘smart city.’ Leading with landscape is a very healthy way of city building, but it’s also very incremental. It’s not instantaneous development. It takes time.”

We finally near the Port Lands, but the work site is cordoned off with chain link. In the distance is the hulking machinery that will, ironically, be used to reunite the city with its natural state. Looking at the hard-hatted construction workers, this well-designed future seems far away. Across the harbour, the Islands are partially under water for the second time in three years. I can’t match Masoud’s optimism.

“There’s no doubt climate change is making the city more susceptible to flooding, but the fact is, it always flooded here,” he says. “The landscape told us what to do. We just weren’t listening.”