Every day, we perform countless actions without thinking. We don’t decide to brush our teeth in the morning; it’s just something we do. Likewise, we don’t debate each day whether to take the car, bike or bus to work, but stick with what’s most convenient. John Robinson, a professor at U of T’s Munk School of Global Affairs and Public Policy, has been examining how to make sustainable actions just as automatic and unconscious. Embedding sustainability in our everyday behaviour will be key to lowering carbon emissions and addressing the threats posed by global warming. “If we don’t even think about what we’re doing, then we’ve succeeded,” Robinson says.

The problem is that one of the tactics we’ve been using to shift people’s behaviour is all wrong.

Reducing emissions to a globally sustainable level will require an enormous change in nearly everything we do. Many cities have responded to the challenge by setting aggressive targets. Toronto’s climate action plan, TransformTO, calls for cuts in greenhouse gas emissions of 80 per cent from 1990 levels by 2050. To get there, the city will need to embrace a green revolution. It will have to massively retrofit existing structures. It will have to boost the construction of buildings that use solar, geothermal or wind sources to produce as much energy as they consume (or generate even more energy than they consume). It will have to find ways to dramatically reduce vehicle emissions and to produce less waste.

To meet these sustainability goals, government officials and policy-makers can choose from a variety of strategies. These include new regulations (such as raising fuel economy standards for vehicles), taxes (on carbon or gas) and infrastructure (such as bike lanes and public transit). Policy-makers also often try to convince citizens to change their behaviour – typically by providing people with facts and figures on, say, the benefits of recycling or the harm done by gas-guzzling SUVs. The expectation is that after being equipped with the “correct” information, people will alter their ways. But research shows this hasn’t worked, Robinson says. Neither have nudges or various incentives.

Instead, Robinson, who is also appointed to U of T’s School of Environment, says we need to focus less on the individual and create entirely new social norms. For example, for city-dwellers, cycling or taking public transit to work needs to become “just something we do.” This approach is derived from social practice theory, which suggests that individual actions are determined largely by group norms and behaviour. (The theory has been around since the 1970s, but has been applied to the environmental realm only in the past decade or so.)

Shifting group behaviour involves taking a hard look at many factors that influence what we do. Even our immediate surroundings can have a big impact. The Centre for Interactive Research on Sustainability at the University of British Columbia was designed to be a very environmentally friendly building. In 2016, Sylvia Coleman – one of Robinson’s PhD students – examined how the building affected the behaviour of those who work there. Through interviews and surveys, some denizens spoke of reducing paper use and forgoing disposable plates and cutlery in the cafeteria. A different study found that people recycled more in the centre than in another campus building. (The hitch is that participants made more mistakes when sorting waste.)

Simply working in a sustainable building, according to the research, was enough to shift behaviour and create new social norms. “If people know this building is supposed to be highly sustainable, that creates an awareness and it does have an impact on what people are doing,” Coleman says.

Norms don’t solely exist within four walls, of course, but are entrenched in entire industries, including the building sector. Robinson estimates that only a small percentage of new structures each year qualify as sustainable, even though the benefits are well understood. In construction, the barriers to creating green buildings aren’t primarily technical or economic. Instead, the industry has fallen into a set of norms and habits that were developed before sustainability was an issue. This makes change difficult. “We have to get into the guts and examine the rules that govern what we actually do,” Robinson says.

The good news is that change is possible. These days, Copenhagen is thought of as a bicycling utopia, where roughly half the population cycles to work or school. But the city actually removed bike lanes in the 1960s and ’70s before planners reversed course and doubled the length of the cycling network. With TransformTO, Toronto is hoping for a similar outcome. The plan calls for 75 per cent of trips less than five kilometres to be taken by foot or bike by 2050. Today, more than half of these short trips take place in the inner suburbs, such as Scarborough and North York, where cycling is barely a consideration. “Even if everybody in downtown Toronto bikes and walks, and the outer council areas don’t change their transportation behaviour, Toronto can’t meet its 2050 goals,” says Trudy Ledsham, a cycling researcher and PhD candidate in planning at U of T. Building protected bike lanes would go a long way to normalize cycling and increase rider safety. Still, Ledsham says many smaller steps can also be taken. She helped develop a project called Scarborough Cycles to encourage biking in the area. Since 2016, Scarborough Cycles has established three bike hubs that offer repair services and training, as well as a mentorship program for newcomers. The hubs have received more than 2,800 visits. “It’s not a sea change, but change has begun,” Ledsham says.

Robinson acknowledges that creating new social norms is a vital ingredient in achieving the emissions cuts we need but alone won’t be enough. A carbon tax, or a cap-and-trade regime, such as the one that Ontario’s government is scrapping, are essential components. In fact, the effects of carbon pricing and new social norms can reinforce one another: people may respond more positively to a carbon tax if sustainable practices have already started to become part of daily life, Robinson says.

Any large-scale change can’t happen without political will. That realm, too, is rife with long-standing norms that result in unsustainable outcomes. Take bike lanes again. Building one is considered a new cost, sparking tortured debate at city council over funding. But cash for road repair is a normal feature of municipal spending. “We live in these systems where we fall back into the old way of doing things, because they’re embedded in the institutions,” Robinson says. 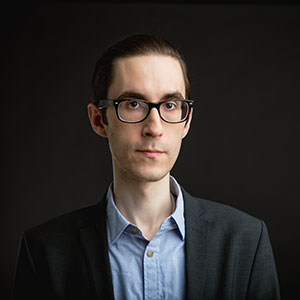 Seen from that perspective, solving our cities’ environmental challenges is not merely a matter of technological improvements or emissions targets, but countless small changes that, taken together, can yield massive results.