The University of Toronto isn’t just Canada’s biggest university, or one that regularly scores highly on prestigious university rankings. When we delved into the records that U of T and its community members hold – Canadian bests, world firsts, campus biggests or oldests or even hottests – we uncovered a picture of a place bursting with creativity, tradition and personality. It’s enough to give Guinness a run for its money. Check out all four categories: Arts, Science, People and Places & Programs. 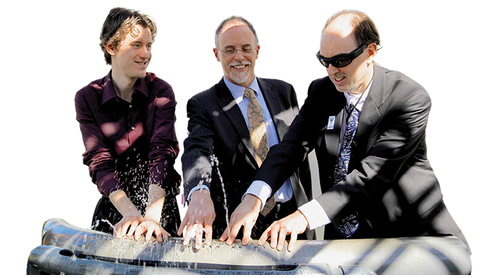 World’s first water-played instrument
Electrical and computer engineering prof Steve Mann (at right) invented hydraulophones, unique musical instruments that work like woodwinds but use water, rather than air, to create their otherworldly music. Since the 1980s, Mann has built, played and composed for his creations. Hydraulophones create sounds even on their own, but a musician can also play them by covering individual water jets to change the notes.

Most intriguing space
When U of T’s oldest dedicated library building, the Gerstein Science Information Centre, was remodelled in 1910, builders included a two-level safe, accessible from the chief librarian’s office. From the shelf-lined walk-in level, a trapdoor and ladder lead down to a bricklined basement safe below. In the library’s early days, the safe kept rare books and valuables secure from theft, fire and flood. (Rumour also has it that it was the perfect place to cool off on sultry summer days before air conditioning, says Sandra Langlands, the library’s director.) But after the Thomas Fisher Rare Book Library was built in 1973, valuable items were transferred over to the new facilities. Gerstein’s spectacular safe now holds stray office supplies. 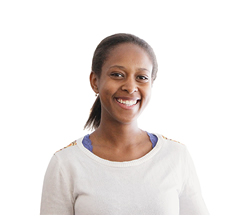 Most popular library books
Textbooks are the works most often checked out from U of T Libraries. In the last five years, the most borrowed books were copies of The Psychology of Prejudice, by Todd D. Nelson (2006) and Constitutional Law of Canada, by Peter Hogg (5th ed., 2007)

Oldest artwork
The most ancient artefacts in the three art collections held in public trust by the university are more than 4,000 years old. The tiny stone mask and figurine both come from Bronze Age Anatolia.

Longest PhD thesis
In 1966, John Francis Quinn submitted “St. Bonaventure and the notion of Christian philosophy in modern scholarship; an introduction to St. Bonaventure and the divine immutability”: 1,443 pages of scholarly erudition. A priest of the Congregation of St. Basil, Father Quinn (BA 1955 St. Mike’s, MA 1959, PhD 1966) went on to teach medieval philosophy at U of T’s Pontifical Institute of Medieval Studies, also serving as registrar. He died in 1996.

Second longest thesis? 1,399 pages on “Opera in Montreal and Toronto: a study of performance traditions and repertoire, 1783-1980” by Dorith Rachel Cooper, who earned her PhD in 1984.

Only Canadian-held copy of Shakespeare’s first folio
Published in 1623, this book contains 36 of the Bard’s famous plays. Only 228 copies survive, and U of T’s Thomas Fisher Rare Book Library holds the only one in Canada. As one of the world’s most sought-after books – one copy sold for more than $6 million in a 2001 auction – it’s one of the few items in the collection that require special arrangements to view. But the public will be offered a peek at the Stratford Festival in Stratford, Ontario, from August 16 to 17.

The Thomas Fisher Rare Book Library’s extraordinary holdings include many items from world and Canadian literature, including a first edition of Newton’s Principia Mathematica (1687), the literary papers of Leonard Cohen and Sir Frederick Banting’s original experiment notes. Peek at some rare and intriguing items from the library’s digitized treasure trove. Biggest artwork
This 12-metre, powder-coated steel structure – “Interregnum: Corner Displacement for John Andrews,” by artists Daniel Young and Christian Giroux – was created in 2011 for the atrium of UTSC’s Instructional Centre. As the sunlight shining through the overhead skylight moves throughout the day, the sculpture’s form and shadows shift and change, symbolizing growth. John Andrews, the architect who designed the CN Tower as well as UTSC’s original buildings, chaired U of T’s school of architecture from 1962 to 1967.