As far as we can tell, only one Oscar-winning movie has ever been filmed at U of T. But if they gave out an Academy Award for most popular film location, U of T would definitely get a nod. Here are just a few of films starring one or more of the university’s three campuses: 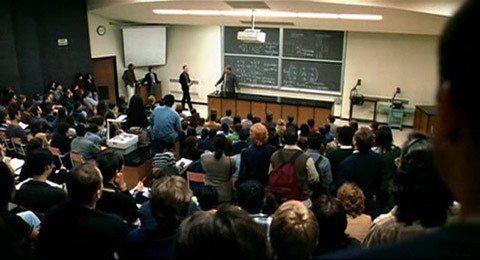 U of T fills in for MIT and Harvard in this Oscar-winning drama about a math prodigy. Several campus locations were used, but the easiest to spot are actress Minnie Driver’s residence, shot at the Whitney Hall residences at University College, and the MIT lecture hall, shot at the McLennan Physical Laboratories. 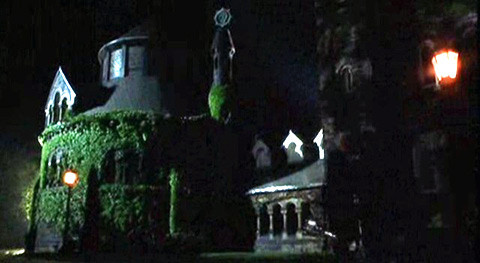 Showing that it doesn’t take sides in longstanding Ivy League rivalries, U of T plays a (very) thinly disguised version of Yale in this tale of a secret university society. The “Skulls” meet inside the Croft Chapter House, but Victoria University and Knox College also have starring roles. 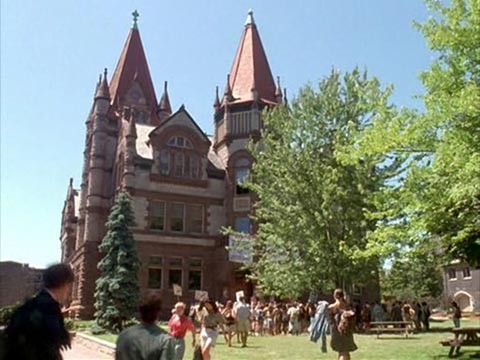 It’s certainly not the best movie ever filmed on the St. George Campus but PCU makes great use of the school — with clear shots of Victoria University, Philosophers Walk and front campus. Even the movie’s poster features the cast on the steps of University College.

If there’s one location on the downtown campus that gets more screen time than the neo-Gothic facade of University College, it’s Knox College. In one scene, actor Edward Norton, disguised as a delivery man, infiltrates the fictional Culver University, where he runs into former Hulk actor Lou Ferrigno. 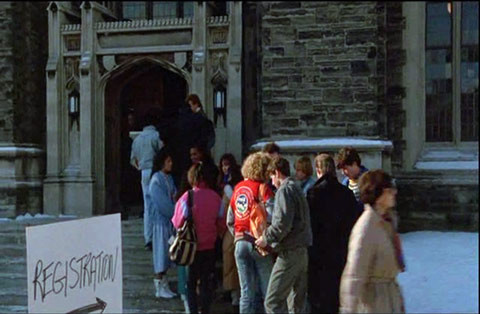 Edward Norton is not the biggest star ever to wander the halls of Knox College. Tom Cruise has been there too — in one of the most successful movies to emerge from the early days of Hollywood North.

This is one of the few movies filmed in Toronto that’s actually set here, but it’s a dark, dehumanizing version of the city. With its brutalist concrete architecture, U of T Scarborough (in the movie called “The University of Greater Toronto”), fits in perfectly.

Brutalist architecture on the St. George campus has gotten its 15 minutes, too! Here Robarts Library plays a zombie-infested, post-apocalyptic, mega-prison. At the brighter end of the campus’s architectural spectrum, there’s also a glimpse of those cool pods in the Leslie Dan Faculty of Pharmacy.

This slasher flick in which people die in ways described by urban legends seems to cover the entire downtown campus, with scenes at Victoria, Knox and the Rotman School. The University College quad is ground zero, however, with shots inside and out and in front of the Sir Daniel Wilson residence. The characters also have a coffee at Diabolos’ Cafe. 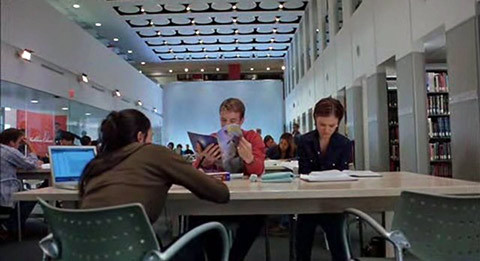 The cutesy-pie characters in this predictable romantic comedy study at the EJ Pratt Library, walk out of the Earth Sciences Building and even hang out at the cafe at Sid Smith.

Just because this sci-fi remake takes place in the future doesn’t mean there isn’t a role for U of T’s historic architecture. Knox College appears in an extensive sequence with stars Bryan Cranston and Colin Farrell. You might also recognize UTSC’s Meeting Place as a futuristic train terminal.

Not to be outdone, the re-makers of Robocop chose the handsome Donnelly Centre to stand in for “Detroit” police headquarters. In this shot, Con Hall is pretty obvious. 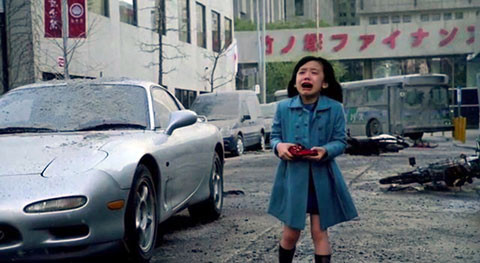 Most of this blockbuster features giant robots punching giant alien monsters so, not surprisingly, there’s wasn’t much on-location filming. There is, however, a crucial flashback set in Tokyo that was actually shot on Elizabeth Street, right outside the Chestnut Residence. 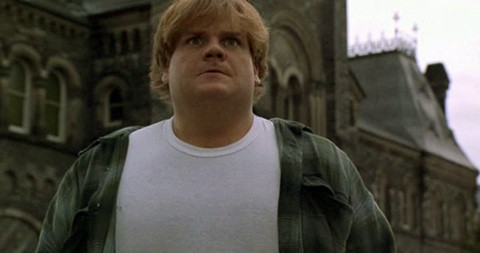 In the opening shots, the late Chris Farley dashes across campus, past Hart House and Front Campus. Then the credits end, his character flunks out and the plot is set in motion. Inspired comedy ensues. 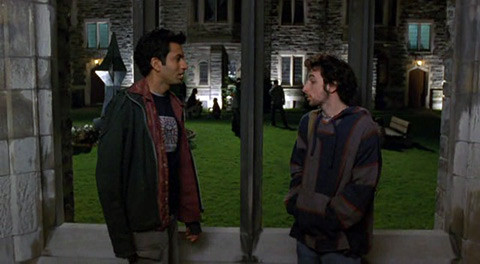 Knox College appears (again!) in this cult classic, this time as Princeton University. 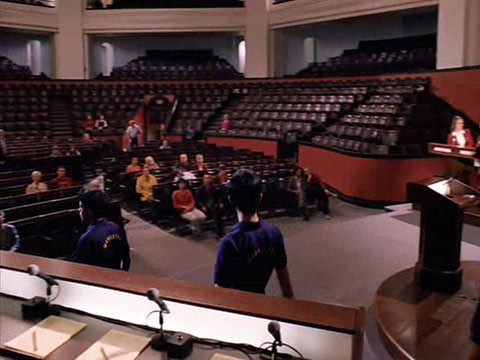 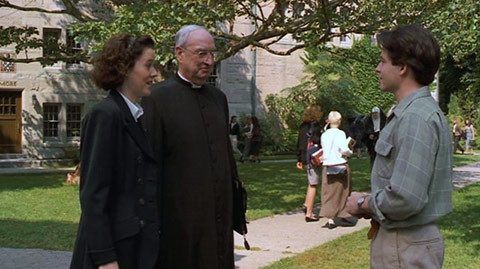 St. Mike’s gets its day in the spotlight in this crime comedy starring the late Marlon Brando. Alas, we don’t see Brando in this shot, but Matthew Broderick and Penelope Ann Miller seem to be having a nice conversation.

This list is not exhaustive, but it’s safe to say we get a lot more horror, comedy and sci-fi flicks than Oscar contenders. And only once did we play ourselves — in Cannibal Girls, starring Eugene Levy and Andrea Martin. In one shot you can see that their car bears a U of T sticker.

Can you think of any we missed?

David Fleischer (BA 1997 UC) writes the “Reel Toronto” column for Torontoist and is a contributor to the book World Film Locations: Toronto.