A year ago in this column, I reported to alumni that the university was deeply engaged in its first long-term planning exercise since 1987. Towards 2030 has been a fascinating experience. We consulted broadly with the University of Toronto community and received dozens of submissions. Five outstanding task forces, each chaired by a university governor and whose members included alumni, students, faculty, staff and other governors, considered vital questions about the university’s long-term future. An 80-page synthesis report, released this fall, highlights the connections among the task forces’ findings and recommendations. The synthesis was then distilled into a brief framework document, which received overwhelming support from Governing Council on October 23. What follows are some key excerpts from the synthesis report. 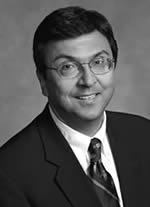 The University’s Context “We are in the middle of an unprecedented graduate expansion that will add about 4,000 new master’s and doctoral students. Renewed demographic pressures are anticipated in the Toronto region, generating a wave of perhaps 40,000 new undergraduates, followed after four to six years by as many as 10,000 new graduate students. The University of Toronto remains subject to unrelenting budget pressures, in large part because Ontario trails the other nine provinces – and nearly all U.S. jurisdictions – in per-student funding. Meanwhile, the university is making strenuous efforts to enhance the undergraduate student experience, renew its capital infrastructure, raise its alreadyhigh international profile, and augment its capacity for research and scholarship.”

U of T’s Unique Role in Canada “Today, as we approach our second centennial, the University of Toronto is respected as one of the foremost research-intensive universities in the world… Even as a publicly supported institution with constrained resources, we have been able to rival both the great private universities of the United States and the ancient public universities of Britain in the quantity and quality of our research and scholarship.”

Enrolment “…[T]he coming wave of enrolment growth in the Toronto region will start with undergraduates and quickly translate into pressure for expansion of secondentry professional and graduate programs. The University of Toronto can respond by amplifying its distinctive role in the Ontario post-secondary system as the largest provider of these programs. However, the increased demand for undergraduate seats also offers additional opportunities for recruiting outstanding students.”

One University, Three Campuses “Our university has consistently championed the need for clearer defi nitions of roles and mandates for Ontario’s post-secondary institutions. The 2030 exercise has generated a broad consensus that it is time for us to take similar steps within our own three-campus system.”

Student Recruitment “We are arguably much better known among scholars worldwide than among high school students and their parents in other provinces…[F]ew foci for fundraising will pay greater dividends than generation of larger pools of bursary and scholarship funds to support recruitment of outstanding students. Enhanced student recruitment is therefore an area for attention not by 2030 but immediately.”

The Undergraduate Experience “…[T]he university has made a major effort to enhance the undergraduate student experience over the last several years, with new seminar-style courses for entering students, more effective use of information technology and the creation of many new learning communities… Multiple task forces urged acceleration of the current trend to involve undergraduate students in research, highlighting the mentorship that could be provided by growth in the numbers of graduate students and post-doctoral fellows. Other points of emphasis included: more small class experiences, group projects, more opportunities for students at all levels to live in residence, facilitation of engagement in co-curricular activities and provision of international experiences, including study-abroad programs.”

Resources “With 85% of our core operating funds dependent on provincial per-student grants and tuition fees, and with the proportion derived from tuition fees rising, the university and its sister institutions in Ontario have advocated consistently for additional per-student funding as the first and most important component of any provincial plan to enhance the quality of post-secondary education. …

“[U]nder almost any remotely realistic scenario, the university will need greater flexibility in setting tuition fees if our faculty and staff are to provide a high-quality educational experience over the next two decades…

“[G]rowth of tuition revenues will enable massive expansion of the levels of bursary support for lower-income students who meet the university’s entrance requirements. Thus, a greater portion of the fee would be offset on the basis of financial need for a substantial proportion of undergraduates.”

Alumni as Role Models “Our alumni’s contributions deserve renewed publicity for student recruitment and for the general advancement of the university’s reputation. No group better represents the enduring importance and transformative impact of higher education. No group is better equipped to put a face on the institution to which prospective students and their families can relate. It is therefore essential that we make a concerted effort to profi le the accomplishments of our graduates, both in the remote past and along a bright line of excellence that shines through the decades to the present, linking hundreds of thousands of talented individuals in some 160 countries.”

As I observed on assuming office in 2005, the University of Toronto matters to Canada and Canadians. It has mattered for 181 years, and it matters today more than ever. It is humbling to recognize that this long-term planning exercise speaks to a time span that is but a small fraction of the life expectancy of our great university. On the other hand, I trust that members of our community can also take pride in the near certainty that the University of Toronto will matter even more a century from now than it does today.

For more information, interested readers can browse the full report online at www.towards2030.utoronto.ca/synth.html.

Meanwhile, best wishes for a happy and healthy 2009 – another step towards 2030!