Almost 75 years ago, I was a young prairie girl heading off to the big city to attend the venerable University of Toronto.

When I graduated from high school in Regina in 1938, I asked my parents if I could train to become a doctor, but my father said no. It was the Depression years and too expensive. A neighbour knew that I was anxious to pursue my education and said that she heard U of T was starting a new two-year course in physiotherapy. My parents agreed to let me take this program, so within a few weeks I was on the train to Toronto.

My two years at U of T were very exciting and the next best thing to training to become a doctor. I had to learn anatomy and physiology, medical and surgical conditions, physics and psychology, and, of course, massage and remedial gymnastics. Just like the medical students, we fledgling physiotherapists had to observe procedures such as open-heart surgery and autopsies – which were more than some could handle. Suffice to say that I had a stronger stomach than others!

I graduated in June 1940, and worked at the Regina General Hospital in its first physiotherapy department. On weekends, my friends and I used to walk around the provincial legislative building where we met many young men who were in early training for the Royal Canadian Air Force.

By 1942, during the Second World War, I felt I was old enough to join the army – much to my parents’ dismay. At the age of 22, I enlisted with the Royal Canadian Army Medical Corps, which needed trained physios. I went to the training facility Camp Borden in February 1943 where I was happy to meet up with two of my physio friends from Regina. We were now members of the corps, and were given our first uniforms.

We were posted overseas to England, travelling across the Atlantic in May 1943 – by ship, of course. Eventually I was sent to Marston Green in the West Midlands. It was a busy time with many injured Allied soldiers to treat. Whenever I heard a squadron of planes fly overhead, I would leave the patient I was treating for a minute or two and watch the planes, wondering whether any of them held our friends from Regina. Rather than feeling afraid, I thought about how exciting it was and how proud I felt serving my country.

Occasionally when we had a leave, we would catch the train to London to meet our RCAF friends. We would go out to dinner or a movie. During this time, I fell in love with Doug Watterson. Doug, an RCAF pilot, was handsome and smart and had a wonderful sense of humour. We got married in April 1944; we were both given a short leave for a honeymoon, which we spent in lovely Stratford upon Avon. A week after our honeymoon, Doug was flying a night mission and was shot down over Holland. He is buried in a small village there; the two survivors of the crash said that Doug should have been awarded the Victoria Cross for his efforts to save the crew. As it turned out, I had gotten pregnant on our brief honeymoon. I was sent home that summer and gave birth to our son, David Douglas, in January 1945.

When my father died shortly after the war, I moved to Calgary with my mother and infant son to take a position at the Colonel Belcher Hospital. I then started a private practice with a partner. It was a big step to take on the enormous responsibilities of a business, particularly as a young woman, mother and widow; however, I am proud to say that ours was, I understand, one of the first private physiotherapy practices in Alberta. In time, I became sole owner.

In the mid-1950s I remarried to Michael Taylor, a widower with a son, Paul. We had two more children, Elizabeth and John. Yet I continued to run my physiotherapy practice until we moved to England in 1971. When we returned to Canada a few years later, I practised at a clinic in Coquitlam, B.C.

At the age of 92, I still feel grateful that my Regina neighbour told me about the U of T physiotherapy program.

Joyce Taylor (née Traub) earned a Diploma in Physical Therapy in 1940. Sadly, she passed away shortly after writing this reminiscence.

Click on the image below to start a slideshow with captions. 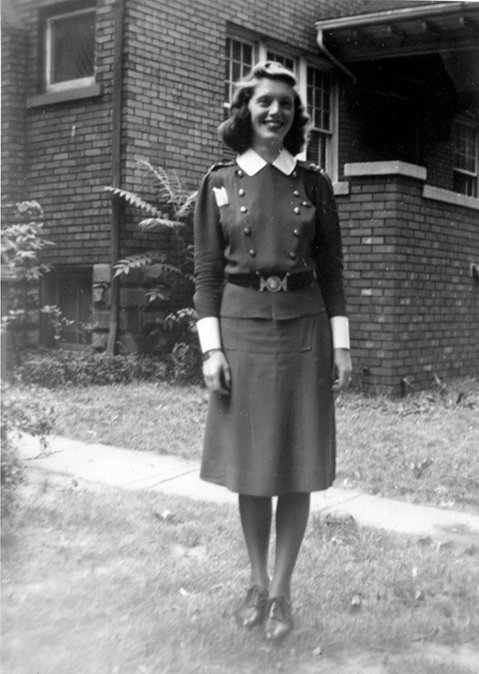 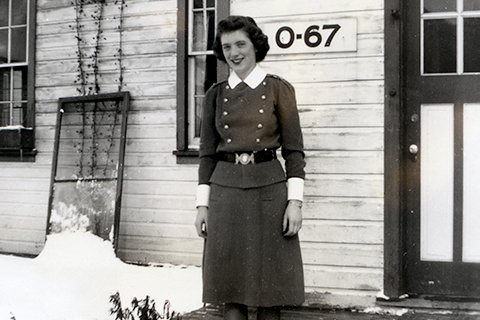 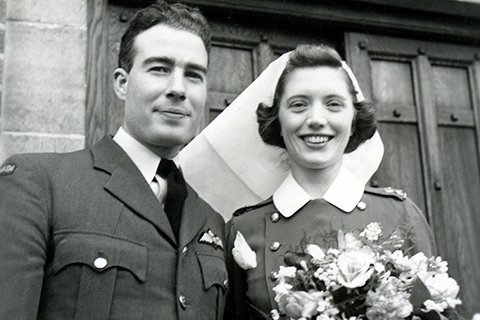 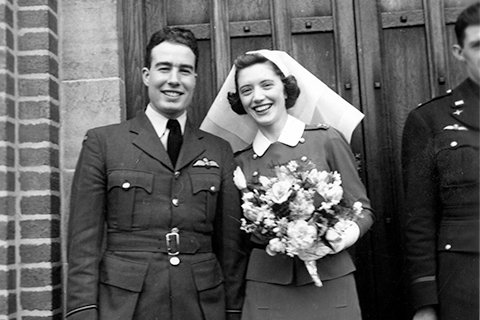 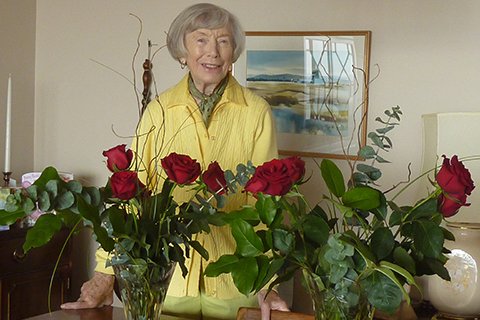