Akwasi Owusu-Bempah is a professor in the department of sociology at U of T Mississauga. Read a different view of drug legalization by Robert Mann, a professor at the Dalla Lana School of Public Health.

Why are most recreational drugs illegal? If the rationale for the war on drugs is to decrease drug use, it hasn’t worked. It hasn’t stopped the production or importation of drugs. Quite the opposite: there are billions of dollars to be made from the illegal drug trade. This often comes with serious violence – sometimes in Canada, but more often in Mexico 1 and other source countries in South America and Central America.

The United States, in particular, has been waging a war on drugs for several decades, 2 and it’s still one of the world’s largest consumers of cocaine. 3 This should tell us that we’re not going to reduce drug use through the enforcement of laws.

Some people use drugs because they enjoy doing so. Many Canadians already consume a number of drugs each week: alcohol, caffeine and nicotine are the most common. People also use harder drugs recreationally, and of course, some of these people develop substance use and abuse problems. But arresting and incarcerating them is not going to help them deal with the issues that are leading them to use or abuse harder drugs in the first place. This is why a public health approach to all drugs, where we’re striving for harm reduction rather than elimination of use, makes the most sense.

For most of human history, drugs haven’t been illegal. It’s only in the last 110 years that we’ve had drug prohibition in Canada. Even so, my neighbours in downtown Toronto often express surprise that cannabis was legalized just recently. Many think it’s been legal, or at least decriminalized, for some time. They think this because of what they look like and where they live: they don’t have to worry about being arrested.

The unequal enforcement of drug laws has profoundly harmed the individuals that are targeted, their families and their communities

As a criminologist, I’m particularly interested in how Black males perceive and experience the police. And you can’t do research around race and policing without focusing on drugs. The war on drugs drives many of the inequalities we see in our justice system.

We know that Canadians use drugs at similar rates across racial groups. 4 But in practice, drug laws are used to intrude into the lives of certain segments of the population. In Toronto and in many other cities, the unequal enforcement of drug laws 5 has profoundly harmed the individuals that are targeted, their families and their communities. A higher proportion of members of these communities have criminal records for drug possession that impede their ability to finish their education, to gain meaningful employment, to find housing and to travel.

It’s this profound injustice that has led me to believe that the social harms caused by drug prohibition far outweigh the potential health harms of legalizing and regulating access to drugs.

One of the imbalances in how drug laws are applied that we’ve seen with cannabis comes with the exercise of police discretion. Because some police officers viewed cannabis possession as a relatively minor crime, they’d confiscate the drug without making an arrest. But that’s not true of everyone the police have caught. The data show that positive police discretion has not been exercised when it comes to racialized people. 6 The difference is in who gets stopped and searched, who’s found in possession and who ends up being arrested and convicted. Black and Indigenous people in Canada are disproportionately arrested for cannabis possession. 7

We’ve spent billions of dollars to prosecute people for the possession of small amounts of drugs. 8 We’re doing our whole country a disservice. We’re locking away people’s talents and potential because we criminalize drug use.

Consider a society in which all drugs are legal; a society in which people can buy a small quantity through a government-approved pharmacy at fair prices and know exactly what they’re getting (unlike on the black market). If they wished, people could take the drug under the supervision of a health-care professional at an injection site or similar facility, greatly reducing the risk of overdose. Under these conditions, the black market for drugs – and much of the associated violence, social harm and health risks – could be virtually eliminated. Opponents cite fears that drug use would soar. But the evidence from Portugal, the only jurisdiction in the world that has decriminalized all drugs, indicates the opposite: problematic use would actually decline, 9 as would the negative consequences associated with criminalization.

Governments could use a percentage of sales revenues for research and services around addictions and mental health. At the local level, the city could use police arrest data to identify neighbourhoods that have been overpoliced with respect to drugs, and direct a portion of the tax revenue to the most criminalized communities. City councillors and members of the public could engage in discussions about how best to use these funds to meet the needs of each jurisdiction. The money might be directed to after-school programs, skills training or community health centres.

Of course, I have concerns about how drug legalization would be implemented. In Canada, one is legally permitted to possess 30 grams of cannabis. The limit for cocaine, opioids and other drugs would have to be set low, recognizing that you can overdose on these drugs in a way that you can’t with cannabis.

There could be no drug advertising, and sales would have to occur through tightly regulated government outlets. There would be strict penalties for selling drugs to underage youth and against using and driving – just as there are now for alcohol.

It’s important that we don’t lose sight of the many health harms associated with drug use. But we need to be honest about the reasons people use them – and the potential benefits. We’re seeing that psilocybin, the psychoactive component of mushrooms, and MDMA may have potential for people with PTSD and a range of other mental health issues.

We also must be honest about the substantial social burden associated with criminalizing drug use. Criminalization has utterly failed to stop individuals from using. We’ve spent enormous amounts of money and devastated countless lives – often from racialized communities – enforcing laws that don’t work. Legalization is a sensible alternative. 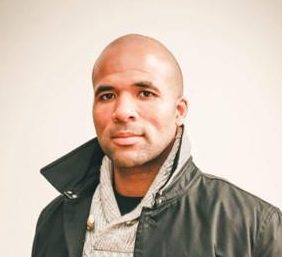