For many Canadians, climate change is nothing but bad news: wildfires, flooding, icebergs melting and heat waves. Worse still, for many, the solutions can seem more painful than the problem: drive or fly less while paying more for gas and energy. It’s no wonder then, that Canada’s progress on climate change is incremental at best.

But recently, activists and progressive politicians have breathed new life into climate politics by proposing a Green New Deal: a massive mobilization of government resources to decarbonize society while providing workers in carbon-based industries with the services and support they need to prosper. This reframing of climate change solutions as a win-win, rather than a lose-lose, has gained traction with people of diverse interests – from politicians to labour union leaders to rabbis.

Ideas related to the Green New Deal have been floating around for a decade or so, and centre on the idea that environmental problems are not just about “the environment.” They are about people too. As such, the environment is linked to problems of economic inequality and social injustice, for two reasons.

First, families living in poverty, people of colour and Indigenous peoples suffer disproportionately from pollution and fossil fuel extraction. For example, in Canada, many Indigenous peoples have objected strenuously to the Trans Mountain Pipeline on the grounds that it could harm waterways and wildlife, disturb sacred sites and foul the land they seek to protect. Low-income communities are also more likely to suffer environmental harms. According to the Canadian Institute for Health Information, one-quarter of Canada’s poorest live within one kilometre of a pollution-emitting facility.

Second, linking climate with justice and equality – by creating more opportunities for people to earn a living wage and correcting the radical income inequality that has surged over the last few decades – can help build broad political coalitions to support aggressive action.

In contrast to the U.S., where the Green New Deal is a resolution in the House of Representatives, there is no single Green New Deal for Canada. Instead, it is a patchwork of proposals coming from different corners. The NDP has crafted “A New Deal for Climate Action and Good Jobs,” which calls for urgent action on climate change as well as the creation of 300,000 green jobs across the country. It promises other financial benefits such as reduced energy expenditures through efficiency upgrades and cheaper (and perhaps even free) public transport. However, the NDP plan is conspicuously silent on what to do about fossil fuel production beyond pledging to “support workers” so that “the changing economy works for them.”

Not surprisingly, the Green Party’s platform “Mission: Possible” is much more ambitious – calling for a 60 per cent reduction in carbon emissions by 2030, a ban on fracking and a swift move to decarbonized electricity. It also plans to create “millions of new, well-paying jobs” in the trades by retrofitting every building in Canada to be carbon neutral by 2030.

Finally, activists and civil society have their own proposals. In May 2019, more than 100 groups launched a Pact for a Green New Deal, which sets the ambitious goal of halving Canadian emissions in 11 years “while protecting cultural and biological diversity.”

All of the proposals emphasize economic benefits; some use the language of equality and justice. And increasingly, climate change is being linked to security. The Green Party calls climate change “the gravest security threat the world has ever seen.” And the House of Commons recently declared a climate emergency.

So far, however, Canada is talking the talk without walking the walk. While provincial governments have a number of climate-related laws on the books, the laws aren’t enough. Canada is warming twice as fast as the global average. Arctic temperatures have hit record highs. The science says unequivocally that we need to move faster to avert the most disastrous consequences of climate change.

The centrepiece of Canadian climate policy is the Pan Canadian Framework on Clean Growth and Climate Change. While carbon pricing is central to the framework, it has proven controversial: Ontario Premier Doug Ford and Alberta Premier Jason Kenney were quick to repeal carbon pricing laws once elected. And Premier Scott Moe will challenge its legality in Saskatchewan. Recent court rulings indicate that carbon pricing is here to stay, but in the meantime, it has become a political football. Moreover, Justin Trudeau has said that the price will be capped at $50 per tonne, which is too low to drive the kind of change we need.

The Liberal plan, drafted under Trudeau, includes provisions for increasing the use of renewables, enhancing buildings’ energy efficiency and promoting the conservation of forests. But even if all of these policies are successfully implemented and complied with (which is not the case so far), Canada will still fall short of the pledge it made in the Paris Agreement, the current international treaty that seeks to curb climate change. Worse still, expansion of the tar sands could slow the entire world’s transition from fossil fuels.

To meet Canada’s commitments under the Paris Agreement, we need to make a wholesale economic transition. The Green New Deal offers ideas for this transition that are both environmentally sustainable and economically and socially just.

The Alberta tar sands, for example, are a climate disaster, but an economic boon. The petroleum industry estimates that the tar sands produce about 10 per cent of Canadian greenhouse gas emissions. Closing them would not only help Canada reach its emissions reduction goal, it would slow the negative health impacts on workers and those who live nearby, which include many First Nations communities. But few politicians would make this economic sacrifice for one compelling reason: it hurts today’s voters.

Federal policies are needed to help create new jobs for those who would be affected by closing the tar sands. These policies could take a variety of forms. Federal procurement policies could drive demand for carbon-neutral electricity and buildings, and the production and installation of the requisite technology. New standards for generating renewable electricity would create incentives to build more capacity. Investments in grid upgrades would also create more jobs. At the same time, tightening emissions regulations would slow the use of fossil fuels.

Right now, the Green New Deal is more aspiration than legislation. The best thing Canadians can do to address the climate crisis is to talk about it – with everyone they know. Research shows that talking about climate change triggers a positive feedback cycle, where people are more likely to become concerned about the problem. We must collectively understand how climate change is affecting us now, and that these effects will only get more severe and costly. Skeptics worry about how to pay for a Green New Deal; they should worry about how to pay for the effects of climate change.

It’s also important not to despair but instead to act. Exercise your vote and your voice by advocating for systemic policy changes. For example, students have started striking from school on Fridays in a new movement called Fridays for Future. Inspired by Swedish teen activist Greta Thunberg, they’re protesting to get policymakers to deal with the climate crisis. In an inspiring interview between Thunberg and U.S. House representative Alexandria Ocasio-Cortez, the former notes: “Once we know, once we realize, then we change, then we act.” We should all take a page from her playbook. 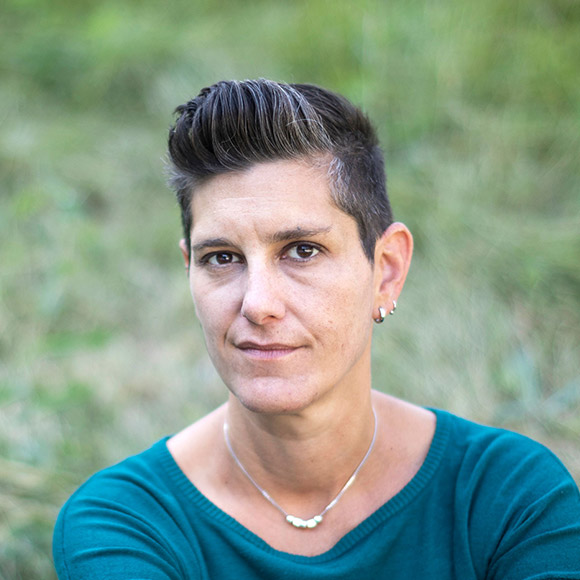