There are certain things that are powerfully synonymous with Canada: some have to do with equality, such as the Underground Railroad. Others are symbolic, like the flag and national anthem. Some represent life’s sweeter frivolities, such as the butter tart. And each of these has a connection to a U of T alum. 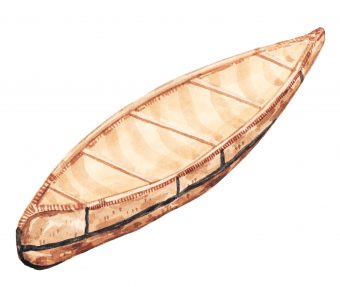 Canoes have carried Indigenous peoples for thousands of years, and for many Canadians have become a symbol of the country’s vast wilderness. For Mike Ormsby (BPHE 1979), an artist and educator, the canoe inspired him to learn more about his own Anishinaabe culture. After helping restore the vessels with First Nations youth in Fort Severn, Ontario, in 2012, he was drawn to learning more about birch bark canoes in particular. He went on to build more than 20 of them – and to teach the art to Indigenous youth. “A birch bark canoe is inherently beautiful,” he writes on his website. “[It] connects us not only to past cultures but reminds us of the importance of nature in our lives. Balance. Harmony. Grace.”

Another U of T canoe enthusiast was Kirk Wipper (BPHE 1948), who grew up near the Pinaymootang First Nation in central Manitoba, and learned quickly that the light, sleek vessel was ideal for exploring the country’s lakes and rivers. He received his first canoe, a basswood dugout, in the late 1950s as a gift. By the time he established the Canadian Canoe Museum, in Peterborough, Ontario, in 1997, he had acquired more than 500 paddled craft – from birch bark canoes to the kayaks of the Inuit to the traditional dugouts of the west coast Haida. No matter their origin, they all bore one thing in common, Wipper once said – “the gift of freedom.” 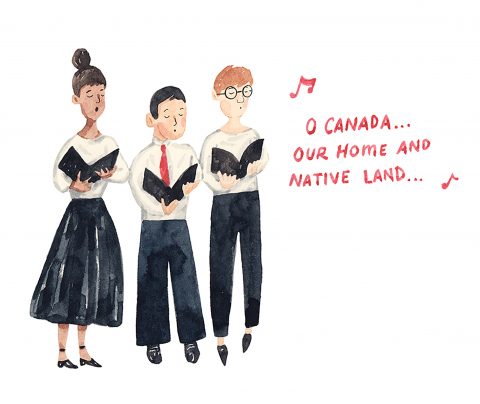 The lyrics and music to “O Canada” were written in French in 1880, to celebrate St-Jean-Baptiste Day. But it was Thomas Bedford Richardson (MD 1890), a Toronto doctor, who first created an English translation of the anthem, in 1906. The lyrics were soon used in a performance by the Toronto Mendelssohn Choir, and both Judge Adolphe-Basile Routhier (who wrote the original lines) and the French media complimented Richardson. However, several others soon wrote competing English versions – and when Canada formally adopted one in 1927, it was Montreal lawyer Robert Stanley Weir’s lyrics that triumphed. 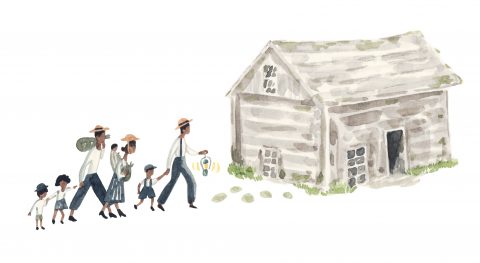 An estimated 40,000 African-Americans followed the Underground Railroad to freedom in Canada in the 19th century. U of T alum Bryan Walls (DDS 1973) has devoted a great deal of his life to preserving a piece of this history: He has been operating the John Freeman Walls Historic Site and Underground Railroad Museum in Lakeshore, Ontario, since 1985. The site is where his great-great grandparents – John, a Black man who had been enslaved on a North Carolina tobacco plantation, and his white wife, Jane – built their home after reaching safety in Canada. The couple also used their home as a final terminal on the Underground Railroad. It is a labour of love for Walls who, in a U of T Magazine interview in 2004, said: “We have so much to be thankful for as descendants of fugitive slaves; we know they laid a foundation that we could build on, and that’s what progress is all about.” 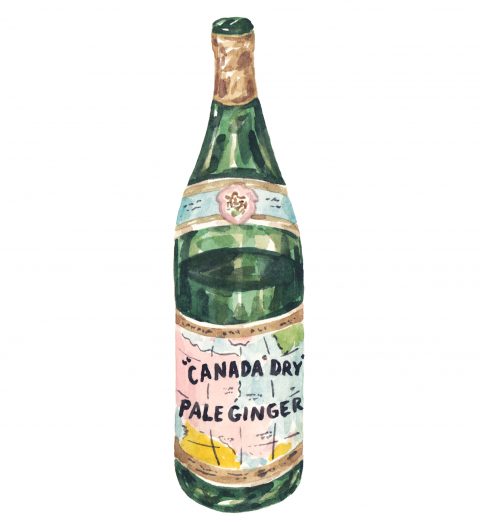 The “Champagne of Ginger Ales” was created by John James McLaughlin – who graduated from the Ontario College of Pharmacy, affiliated with U of T – in 1885. After managing one of Brooklyn’s largest drugstores, the pharmacist founded a soda-water and beverage company. In 1904, McLaughlin created Canada Dry Ginger Ale – which was far less sweet than other ginger ales on the market. And the Temperance Movement helped popularize it: teetotallers liked the drink because it was a tasty alternative to alcohol, while tipplers found it disguised the taste of homemade gin. While Canada Dry is now owned by an American company, it is still branded with its very Canadian label: the crown and shield. 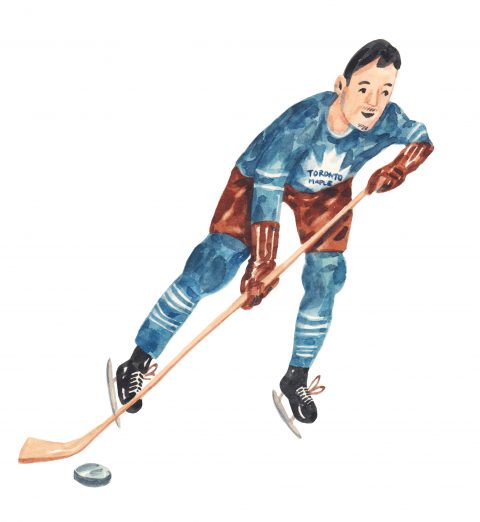 Countless Canadians have contributed to the development of hockey since its origins in the 19th century, but one U of T grad made an outsized impact in the early days of the National Hockey League. In 1927, Conn Smythe (BASc 1920) – a former captain of the Varsity Blues who had guided the team to a provincial championship – was part of a group that bought the NHL’s struggling Toronto franchise and renamed it the Maple Leafs. Four years later, he played a major role in building the arena that for almost seven decades was the team’s home ice. As the Leafs’ owner, and sometime general manager and head coach, Smythe helped bring the Stanley Cup to Toronto eight times in 35 years – a track record that current fans can only envy. He was inducted into the Hockey Hall of Fame in 1958, and the league’s annual trophy for the most valuable player in the playoffs bears his name. 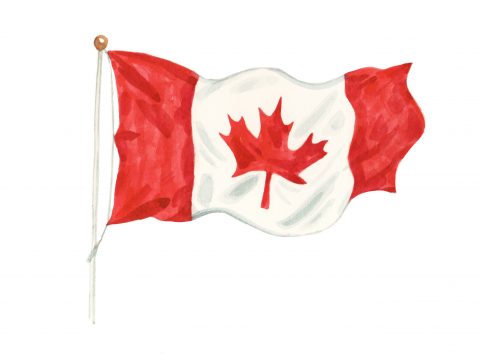 On February 15, 1965, some 10,000 people gathered on a snow-covered Parliament Hill to watch as an RCMP constable raised Canada’s maple leaf flag for the very first time. A year earlier, Prime Minister Lester B. Pearson (BA 1919 Victoria) had spearheaded the plan to replace the country’s previous flag, the Red Ensign. In doing so, he had sparked a vibrant cross-country debate, drawn criticism from veterans and generated thousands of competing designs. After several months, the contest narrowed to two finalists: a version with three joined maple leaves and blue panels (which Pearson himself had created), and the winning design, by historian George Stanley. At the new flag’s unveiling, journalist George Bain predicted a bright future for it, noting that the maple leaf emblem “looked bold and clean, and distinctively our own.” 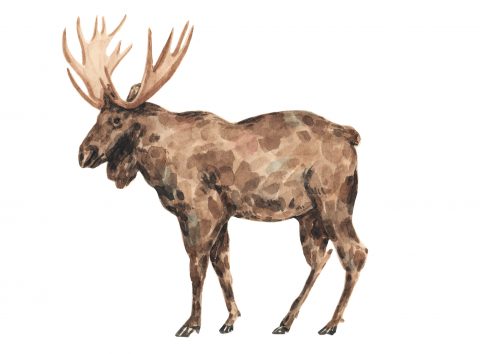 It doesn’t get much more Canadian than this: When artist Charles Pachter (BA 1964 UC) was four years old, he was filmed for a National Film Board short petting a moose at the CNE. Pachter, of course, went on to create iconic works of the large, gentle creature that is so synonymous with Canada. Perhaps his most well known is Queen on Moose (1972); royalists were outraged by an image of their monarch on mooseback, and picketers surrounded his home. He went on to create steel and granite moose sculptures that were installed across the country – including two at U of T. “The moose represents a little piece of Canada,” said Pachter – known for such pop-culture works as his flag paintings and portraits of hockey players – in a U of T Magazine interview in 2000. “It is a poetical reminder of the country we’re in.” 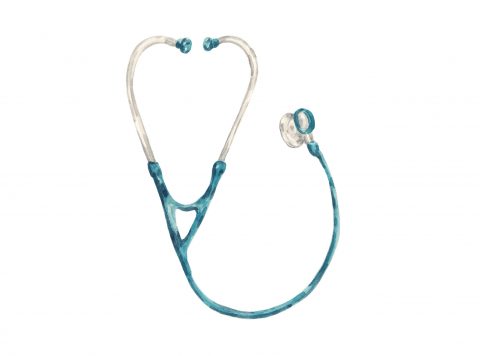 Medicare, Canada’s system of universal health coverage, was born in Saskatchewan in the early 1960s, thanks to the work of Premier Tommy Douglas. But Julia (Judy) LaMarsh (BA 1947 Victoria) played a crucial role in ensuring that medicare was adopted across the country. As minister of National Health and Welfare in the Liberal government of Lester B. Pearson (BA 1919 Victoria), LaMarsh was responsible for shepherding the medicare bill through Parliament. She was only the second woman ever to have served as a federal cabinet minister, and, as the only woman in Pearson’s cabinet, fought against what she saw as the “men’s club” that dominated Canadian politics. After leaving politics in 1968, she continued to speak up for women as a lawyer, author and broadcaster. 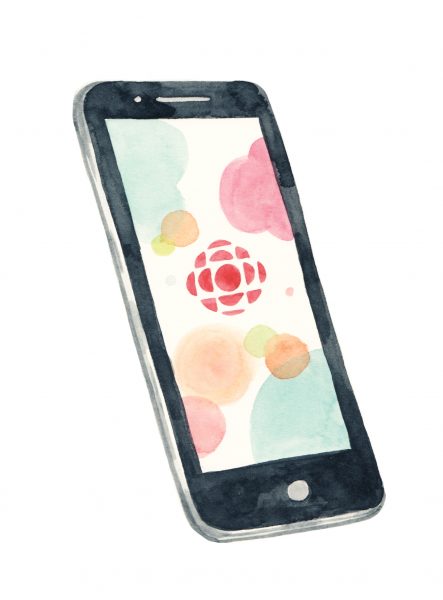 Almost everyone who grew up in Canada has a favourite CBC program. For Catherine Tait (BA 1979 UC), the public broadcaster’s first woman president, it’s the comedies – such as The Kids in the Hall. Those shows, she told the Globe and Mail, are what made her say, “I want to be a part of that.”

As digital technology disrupts the broadcasting business, Tait, who earned the CBC’s top role in 2018, has made it her goal to reach the country’s youth where they are – on their phones – while also serving Canadians who still rely on TV and radio. For a truth-challenged era, she also plans to build up local news with a diversity of voices and to preserve the CBC as a custodian of Canadian values. “The best antidote to fake news,” she says, “is real news.” And if comedy is your thing, don’t worry: it’s not going anywhere, Tait assures. “That’s where I live.” 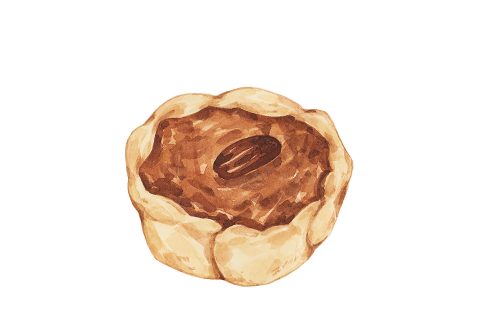 The first published recipe for the butter tart was in a Royal Victoria Hospital cookbook from Barrie, Ontario, in 1900. But in terms of sheer promotion and glorification of the syrupy sweet pastry, credit must be extended to Barb Rowlandson (BA 2000 UTM), founder of Ontario’s Best Butter Tart Festival in Midland. The largest festival of its kind in the world, it has featured such modern butter tart fusions as ham and brussels sprouts, Skor and even PB&J. But where does Rowlandson stand on the Great Debate over whether the ooey-gooey treat should include raisins? She is firmly aligned with Prime Minister Justin Trudeau on the issue: none, please.