Bernard (Ben) Etkin’s work as an aerodynamics expert took his curiosity far into the sky: a fitting place, according to colleagues who believe this “giant” of aerospace engineering always did tower above the rest of us.

Etkin (BAsc 1941, MASc 1947), who passed away on June 26 at the age of 96, is remembered as a treasured professor, inventor, researcher and administrator, who played a large part in the events of his time – most famously on an April morning in 1970, when his leadership qualities were called on to help save astronauts floating helplessly in space on NASA’s crippled Apollo 13 mission.

On that day, an oxygen tank explosion forced the astronauts to abort a planned lunar landing. But to re-enter safely, they needed to blow the craft’s lunar module away from its command/service module, without damaging the hatch that connected the modules. This required the calculation of a very specific oxygen pressure level. 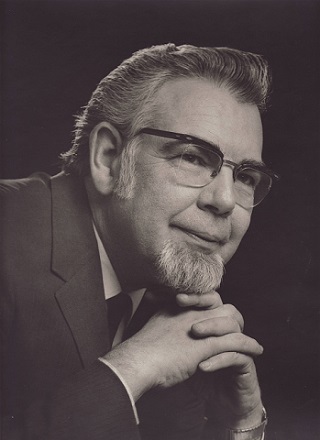 Etkin and his colleagues at the University of Toronto Institute for Aerospace Studies
(UTIAS) were given six hours. “Everything we did was on a slide rule, which is one
step better than an abacus,” laughs retired UTIAS director Rod Tennyson (BASc 1960,
MASc 1961, PhD 1965), a member of the team. Each scientist had his specialty, says
Tennyson: “and Ben was the logical guy, the one who could see flaws the rest of us
might not notice. When he felt the number we’d come up with would work, that gave us confidence.” The number did work, and the astronauts splashed down safely.

In other respects, too, Etkin’s life is a model of how engineers can shape history. He lent his considerable knowledge to the development of numerous aircraft, including 1958’s famous Avro Arrow. He was also consulted on the aerodynamic integrity of Toronto’s City Hall building in the 1960s. And his last scientific paper, published at the age of 92, was a meticulous examination of climate change.

Though his specialty was aerodynamics – textbooks he wrote are classics in their field – he was also a true polymath. “Ben Etkin was a supremely inquisitive individual,” says Gabriele D’Eleuterio (BAsc 1980, MASc 1982, PhD 1985), professor in the Space Robotics Group and former graduate student at UTIAS (which Etkin co-founded in 1950). “He had a passion for his particular subject, but also for science in general.” Adds Tennyson: “He had a remarkable talent for being able to listen to any problem that wasn’t in his own discipline, and was very logical in his approach.”

This passion fuelled his work as an inventor and businessman – he held 11 patents. But Tennyson and D’Eleuterio remember Etkin best as a mentor to other engineers. He served as dean of engineering from 1973 to 1979.

“He didn’t treat me as a student, but as an equal,” says D’Eleuterio. “ . . . he was a true scholar who was remarkable in opening up vistas for his students.”