For more than half a century, renowned literary critic Northrop Frye (BA 1933 VIC) made Victoria College his intellectual home: he graduated with a bachelor of arts in English and philosophy, taught English to students from 1939 to 1991, and wrote such influential works as Fearful Symmetry and Anatomy of Criticism. Fittingly, this bronze sculpture – located near Northrop Frye Hall on the Victoria College campus – shows the esteemed professor in a state of contentment, surrounded by beloved books.

The life-size statue, created by artists Darren Byers and Fred Harrison, was unveiled in October, in honour of the centenary of Frye’s birth. (The centenary was also the occasion of an international Frye conference at Victoria.) The figure is a modified version of a sculpture in Frye’s hometown of Moncton, New Brunswick.

The artists adapted the statue so it reflected Frye’s time at U of T and in Toronto: Among his stack of books is a class planner, and in his right hand is his wife Helen Kemp Frye’s sketch of a party. The book he holds contains images of an angel, the Leviathan and the divine creator, which allude to his religious background and to poet William Blake – whose work is the focus of Fearful Symmetry.

How do you build a statue? Click on the image below to start a slideshow with captions. 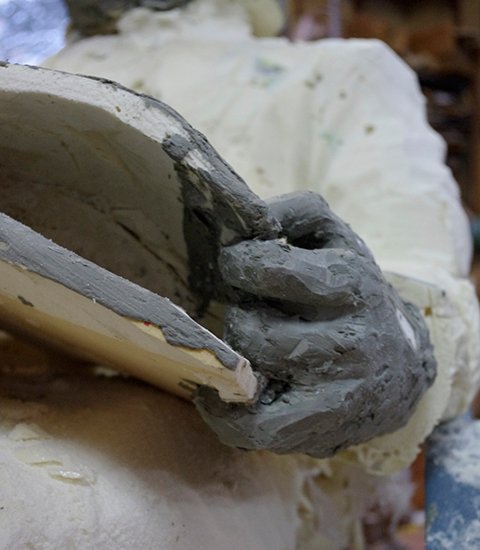 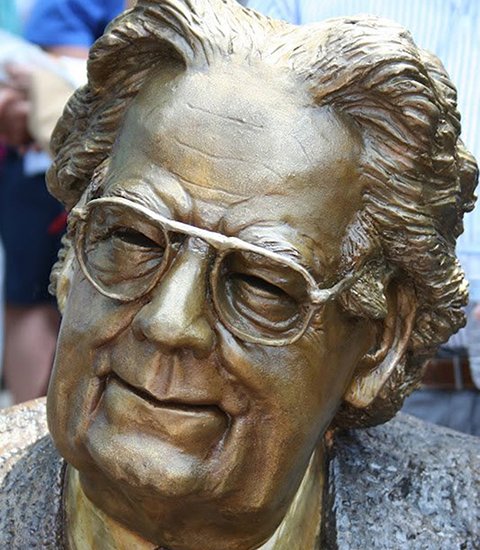 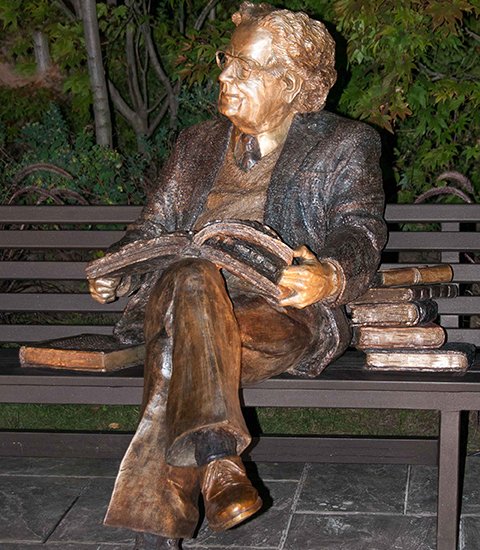