In 2012, Joe Silveira started taking pictures of shapes and colours that caught his eye as he roamed downtown Toronto. He posted many of the images to Instagram, and attracted thousands of followers. Among them was a small independent publishing house that subsequently published a book of Silveira’s “architectural surface ornamentation.” Scott Anderson spoke with Silveira, a graphic designer with U of T Advancement Marketing and Communications, about his art.

How would you describe your Instagram photos?
It’s a graphic designer’s interpretation of the things that no one notices. I’ll often zoom in on a particular element and extract a texture, a pattern or a colour.

Did you set up the photographs?
No, never. They’re just things I came across.

You must be pretty observant.
I think it comes from walking a lot; practice, too. The more I noticed, the more I would look.

Was there ever a conscious decision, “This is what I’m going to photograph and put on my Instagram feed?”
It wasn’t thought out at all, initially. But once people started to pay attention, it became more deliberate, for sure.

You attracted thousands of followers. How?
I don’t know. I thought I’d put up some images and my friends would see them and it would stay at that. But it turned into something completely different. I followed people I knew, and I started following people I admired: artists and designers. I didn’t think my photos were that interesting, but these artists noticed what I was posting and started following me back.

What did you get out of the experience of building such a large following?
I met a lot of people who are now my friends. It also gave me some opportunities I don’t think I would have had access to otherwise. I was approached to do a book and then, through the book, I started a small publishing press this past year. I produce four artists’ books a year; very small scale. It turned me on to a whole world I was not oblivious to but didn’t feel a part of. I’m grateful for that.

It seems social media worked the way it’s supposed to. . .
Yes! You follow the things you’re inspired by and you meet like-minded people. It sounds so cheesy but it’s true. Facebook was never like that for me, though.

Why did you shut down your Instagram feed when it was doing so well?
People were expecting the same thing over and over, and I got tired of it. It became less fun.

How would you describe your relationship to social media now?
I’m still suspicious. Instagram occupied so much of my free time, and it was distracting. I couldn’t read for more than 10 minutes at a time. I couldn’t sit through a movie at home any more. You can definitely give social media more mental weight and energy than it deserves. I fell into that trap.

Did you get much feedback from your followers?
People were very supportive, which is nice, especially if you’ve had a bad day. 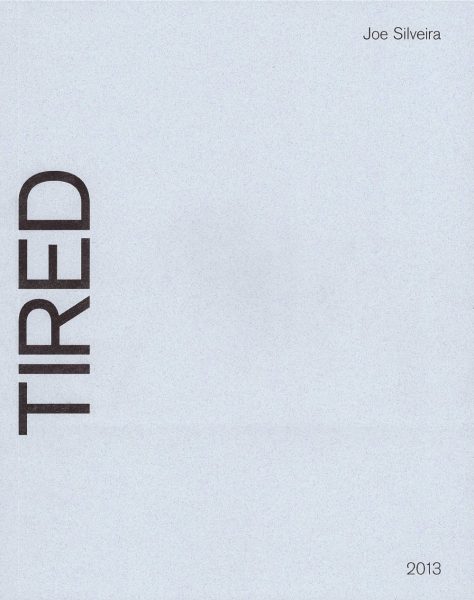 Why did you call your book So So Tired?
A lot of the photos in the book are from 2012. I was having a tough year and literally felt so tired. A lot of the subject matter is also stuff people are indifferent to: concrete, old paint, trash. I also just thought it was funny to call your first photo book So So Tired.

Did you want to add anything else about your work?
No, I feel I already said too much.