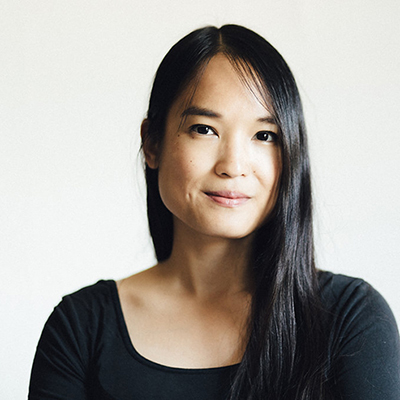 As a peer worker at a youth mental-health agency in Toronto, Rachel Bromberg, 26, often encountered individuals in crisis. “Folks would tell me that they weren’t comfortable sharing suicidal thoughts because they were worried I would call 911,” says Bromberg, who is now pursuing a joint degree in law and social work at U of T. “Maybe they’ve had bad experiences with police before or maybe they’ve heard stories of other people who have had bad experiences with police. Maybe they’re from communities that police have traditionally not been very good to.”

She started thinking, there must be a better way to respond to mental health crises.

In September 2018, while still an undergrad at U of T, she recalls searching online and finding a program in Eugene, Oregon, that pairs an emergency medical technician with a crisis worker to attend to mental health crisis calls received through 911 or through regular police channels. “They’ve basically replaced police as first responders to a lot of these crisis calls,” she says.

Bromberg shared her findings with a friend and co-worker, Asante Haughton (BSc 2009 St. Michael’s). Together, they began to think about how a similar program might work in Toronto, a vastly larger city. “If you had a team in the downtown core that was responding to crisis calls in the northeast, it would take them too long to get there,” says Bromberg. Toronto is also more diverse, so responders would need to be chosen from the communities they were serving. “Asking someone to communicate in their second language when they’re in crisis is not reasonable,” she says.

To deal with these concerns, Haughton and Bromberg struck upon the idea of engaging with multiple partner agencies in mental health (unlike Eugene, which teamed up with one mental health organization). Under this model, each partner agency would be expected to be familiar with the languages and cultures present in their immediate area and would be able to respond to an incident quickly.

The pair began reaching out to people who worked in mental health agencies and within the police department in Toronto. The initial reactions, Haughton recalls, were skeptical. “They would say, ‘It sounds like a good idea, but it will never happen,’ or ‘The infrastructure isn’t there.’ There was always a reason why it wasn’t possible.”

Frustrated but undeterred, they started compiling information and data provided by organizers from other cities, and discovered that there had been no deaths or serious injuries among staff at any civilian-led mental health crisis program.1They also learned that, in 2019, fewer than one per cent of the calls fielded by Eugene’s program required police back up.

After the murder of George Floyd, in May 2020, protests calling for police reform popped up across the continent. Around the same time, several racialized people – predominantly Black and Indigenous Canadians – experiencing mental health crises died during encounters with law enforcement. D’Andre Campbell was killed by Peel police in his Brampton, Ontario, home. Regis Korchinski-Paquet fell to her death after Toronto police were called to her family’s apartment. And Chantel Moore was shot and killed by police in New Brunswick who were called to perform a wellness check at her home.

For Haughton, in particular, these deaths hit a nerve. Born in Jamaica, he was raised in Toronto by a single mother who experienced mental illness. His mother had difficulty finding help, which is one reason he became an advocate for mental health. “We, as a family, weren’t able to support her,” Haughton says. “When I started working in mental health, I saw what my family and I experienced play out in many other people’s lives.”

Bromberg and Haughton decided to formalize their partnership. They created a non-profit organization to help develop a civilian response to mental health distress calls in Toronto, and named it the Reach Out Response Network. They co-wrote an op-ed for the Toronto Star explaining their idea. The article helped boost the organization’s profile, and people began volunteering to help. Soon after, Bromberg and Houghton connected with Mohamed Shuriye, the newly appointed manager of policing reform at the City of Toronto, who committed the city to work with the group. “It was a no-brainer,” he says.

Together, the Reach Out Response Network and the City of Toronto hosted community roundtables, focus groups and town halls over the summer and fall of 2020. Through these consultations, they heard from several people who felt that their communities had been disproportionately affected by incarceration and police violence.

It also became clear to Bromberg and Haughton that it would be important for the program to consider the particular needs of Indigenous people. “Because of historical trauma, racism and colonialism, and because of oppression that they have experienced and continue to experience, we want to make sure that Indigenous folks are the ones building the services that are for their communities,” says Bromberg. “We recognize that Indigenous cultural practices need to be incorporated into providing crisis support.”

Last February, Toronto city council approved four pilot projects, allocating $1.7 million to development costs for the program they have renamed the Community Crisis Support Service. The pilots will run in three neighbourhoods: in the downtown eastside, Scarborough and Etobicoke. The fourth will be designed by and for Indigenous communities; the neighbourhood has yet to be determined.

Each project will support about 11 full-time positions. The city will select “community anchor” partners to run the projects and help train crisis workers. Shuriye expects teams will consist of two trained crisis workers, who could include paramedics, peer workers, harm-reduction workers, Elders or nurses. 911 operators will determine whether to dispatch a crisis team or police.

The pilots will begin in early 2022 and run for three years. If successful, the program could be expanded to cover the entire city by 2026.

For Bromberg, who has kept up her studies throughout the process, it has been gratifying to see the work and the data she and Haughton have collected over the years put into practice. She hopes to continue working to address systemic problems in the mental health field after she graduates.

For Haughton, the feeling is more personal. “My mom almost died because she couldn’t get the help she needed during a mental health crisis,” he says. “Our lives might have been different if this service had been available to her.”

Correction: An earlier version of this story incorrectly stated that the Community Crisis Support Service would be available through 211.