In person, Jonathan Sun (BASc 2012) comes across as thoughtful and articulate, which is not surprising, since he’s a PhD student in urban studies and planning. But, as “Jomny Sun” on Twitter, he is an “aliebn confuesed abot humamn lamgauge” whose droll, misspelt comments about life on Earth and the weirdness of being human have earned him more than 150,000 followers. “Look,” he writes in one of his most popular tweets, “life is bad. evryones sad. we’re all gona die. but i alredy bought this inflatable boumcy castle so r u gona take ur shoes off or wat.”

Sun grew up in Toronto, and created the alien persona in 2012 when he left the city to pursue a master’s degree at Yale University in New Haven, Connecticut. “At the time, I felt very disconnected from home,” he says. “New Haven is a small town compared to Toronto. There were subtle cultural differences in going from Canada to the U.S. that made me feel like an outsider. And I was an engineer in an architecture program. All of that contributed to the feeling that I was by myself in a completely new environment, trying to figure things out.”

He jokes that he struck upon the idea of an alien confused about language as an excuse for making typos, but adds that he also wanted to give his writing a disarming and unpretentious voice. He says “human language,” from the perspective of an alien, refers also to what’s not spoken. His character is trying to decipher the nuances of emotion, to navigate the heart’s terrain.

Much of what people post to their social media accounts is relentlessly sunny. “There’s definitely a shying away from honest, true emotion,” says Sun. In his own tweets, he tries to be open with his feelings:

*sees my own reflection in the store window* excubse me, yes how much for the sad ghost.

Sometimes the pain is palpable:

when u die, they play u a recordimg of all the times somone said “i love you” to u and u didnt hear it.

Sun’s tweets may be short – they have to be – but they defy quick consumption. They urge readers, inundated with cat videos, selfies and pictures of someone’s lunch, to pause and reflect on simple moments that are freighted with meaning:

as we walked, we watched our breath in the cold air remind us that what was once ours can so easily belong to the world.

These weightier examples only tell half the story, though. Sun wrote for and directed Skule Nite, the U of T musical sketch revue mounted each year by engineering students. As an undergrad, he was part of a campus comedy community that also performed at Second City, and he sees his Twitter feed as the latest outlet for his comedic impulse. Many of his tweets poke fun at contemporary life, and he occasionally riffs on current events or issues:

hey sory i just saw this mesage u sent last month even tho all my notifications make sounds and my phone is in my hand even when im sleeping.

ME: SO IT IS MAGIC

Sun remained anonymous for the first few years he was posting, partly in fear of the personal attacks that anyone who’s active online can be subject to and partly because he didn’t think people would respond to comedy by a Chinese-Canadian. After revealing his identity, Sun received a lot of supportive feedback, including from Asians who told him they “never see Asian people represented in comedy or entertainment or writing. The impact has been overwhelmingly positive,” he says.

For his PhD thesis at the Massachusetts Institute of Technology, Sun is investigating how social media informs people’s perceptions of cities and landmarks. At the same time, he’s working on a scheme that will push his writing beyond Twitter, but he declined to say any more about it except that he will unveil it next year. “I’m being very careful about this. A lot of these projects can be seen as quick sell-outs and then the magic disappears.”

For now, Sun is grateful to have found an outlet for his artistic expression that has connected with so many people. “I think that’s what all creative people are trying to do – find a home for their work.” 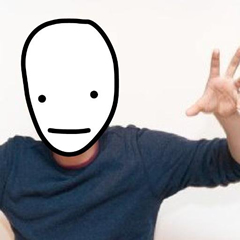 How much time a day do you spend on Twitter?
No more than five or 10 minutes at a time, but multiply that by however many times a day I check it, which is very often on days that are either relaxed or high stress.

Does your phone ever leave your person?
When I have to put it through the X-ray machine at customs!

What one item would you want to take into space with you?
Does my phone count? If not, a pen and a notebook.

Recent thrill. . .
Being a guest on the podcast “How to Be a Person,” with Mike Drucker and Jess Dweck – both writers for The Tonight Show Starring Jimmy Fallon.

Favourite Twitter voices. . .
It’s seriously impossible to narrow it down – there are so many brilliant people.

Comedian you’d most like to collaborate with. . .
My friend Kevin Vidal, who was my writing partner for Skule Nite and is now a Second City Toronto alum. I can’t wait to work with him again.

Where’s home?
Home is wherever your family is, past, present and future. You’d be lucky if those are all the same place.