There are 22 letters in the alphabet
If someone confides that he has a sore “elnboga,” do not blush: the body part in question is the elbow.

This is the kind of esoteric information available in the Dictionary of Old English (DOE), a compilation of records written in English between A.D. 600 and 1150. For information about DOE, developed under the auspices of the Centre for Medieval Studies, go to: www.doe.utoronto.ca

DOE is voluminous because researchers keep uncovering texts and discovering new words and meanings. Each entry has 12 possible fields of information, including definitions, Latin equivalents, Old English references and modern English descendants, if they exist.

DOE is now working on the letters F to H, and will be publishing F together with the previous six letters (A, Æ, B, C, D, E) on CD-ROM later this year. This leaves 15 of the 22 letters in the Old English alphabet to complete, according to chief editor Antonette diPaolo Healey, Angus Cameron professor of Old English studies (an appointment honouring DOE’s founding editor).

The colourful characters of Canada
In its CD-ROM version (launched in December 2000), the Dictionary of Canadian Biography (DCB) chronicles the lives of nearly 8,000 Canadians integral to the country’s development including business people, artists, politicians and scientists. Not solely devoted to famous Canadians, DCB, with Ramsay Cook serving as general editor, also contains brief articles on men and women previously not found in general reference books. The CD-ROM covers the period from 1000 (Volume 1) to 1920 (Volume 14). Volume 15 is in the works, covering 1921 to 1930, but is not expected out for at least two years.

DCB began in the late 1950s, and the University of Toronto Press published the first English volume in 1966. Dictionnaire biographique du Canada was published simultaneously by Les Presses de lUniversité Laval. The dictionary was founded with the financial aid of the late James Nicholson, who wanted his estate to help finance a Canadian biographical reference publication. The CD-ROM version was provided free to nearly 13,000 schools and public libraries across Canada. Any of the 14 volumes in print can be purchased through the University of Toronto Press at (416) 667-7791.

My dear Cézanne, …
The world’s most comprehensive collection of material on Émile Zola and naturalism is assembled in the Joseph Sablé Centre for 19th-century French Studies. The Émile Zola Archives expand awareness of Zola, his work and 19th-century France. Curious readers can scan personal exchanges between Zola and the likes of Gustave Flaubert, Georges Clemenceau and Paul Cézanne.

Organized by the Zola Research Program between 1975 and 1995, the collection comprises manuscripts and major French newspapers (from 1865 to 1902), correspondence by Zola and more than 15,000 letters to him, third-party letters written by friends, family and associates (translators and publishers, for example), and periodicals and books, including rare editions of Zola’s work. There are also photographs, portraits and caricatures of Zola and his contemporaries. For a sense of the scope of the collection, visit: www.chass.utoronto.ca/french/sable/collections/zola 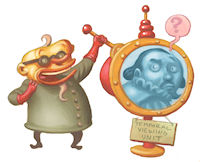 A really dramatic REED
Records of Early English Drama (REED), an international scholarly project, was founded in 1975 to examine the great drama in the late Middle Ages and the Shakespearean era. Recently uncovered texts document drama, minstrelsy and public ceremonies in England prior to 1642, when the Puritans and the impending civil war between Charles I and Parliament shut down the London theatres. REED also sheds light on the society, music and language of the era.

To date, REED has published 20 collections. The first, York, was published in 1979, and Sussex in 2000. REED also produces an annual journal, Early Theatre, in conjunction with McMaster University. Editors are also working on early dramas of Scotland and Wales. Read more at: www.reed.utoronto.ca/index.html

From canon to comics
Mario Valdés of Spanish and Portuguese and Linda Hutcheon of English are the forces behind the extensive Comparative Literary History Project. Rethinking Literary History – Comparatively is the first of five volumes and will be published this year. Working over the past five years with 300 international researchers, as well as translators and bibliographers (most texts were in French, Spanish and Portuguese), Valdés and Hutcheon have masterminded a comprehensive 8,000-page literary history project.

Attempting to understand how culture develops and how people interpret the diverse influences in their world, three volumes will be devoted to Latin America’s past 500 years, and one volume will focus on eastern Central Europe, following the disintegration of the Ottoman Empire. All four volumes are due out in 2002. The literature of these regions has not been studied in depth before, nor have oral, ritual and performance influences been explored. Instead of relying solely on the region’s literary canons, the project also examines popular culture, including comic strips and soap operas. Visit: www.chass.utoronto.ca/lithist/