On May 23, 1889, a packed courtroom in Edmonton watched as “Big Nelly” Webb, the most famous woman in town, answered to the charge of shooting a member of the North West Mounted Police. Several months earlier, Constable Thomas Cairney had been found seriously wounded on Big Nelly’s doorstep. He survived but was injured for life, and Webb faced serious prison time if convicted. Standing before a judge and jury, Big Nelly saw a host of familiar male faces. Was she nervous? Women like Webb did not always enjoy a good relationship with the law, but she was skilled at the art of persuasion. Big Nelly was the town madam.

Very few details about Big Nelly and her brothel have survived, but we know that most women who entered the sex trade did so because of the inequalities they faced in the 19th century. Religious leaders usually assumed that women were kidnapped and forced into sex work, but the reality is that the brothel was one of the best economic options for poor women, especially young widows and single mothers, women of colour, and queer and trans women. 1 It’s important not to romanticize sex work during this period, but it is clear that when survival was impossible in “respectable” settler society, brothels offered access to food, medicine and money. The Canadian North West could make a woman rich if she pursued this line of work. Dozens of Ontario and American madams and workers followed news of the fortunes being made out west and journeyed there in the 1870s and 1880s.

Big Nelly was a charming younger madam who counted some of the Edmonton elite among her clients and friends. On Oct. 24, 1888 – the night of the shooting – her brothel was probably busy. There had been a dance at the local barracks of the North West Mounted Police, and brothels were known for their “after parties.” She may have been welcoming guests or pulling liquor out of the cellar when she heard the arrival of two drunk and ornery off-duty constables: Cairney and Thomas Rogers. Big Nelly, like many other madams, knew that very drunk men were bad for business. They were often rude to staff and customers, bought fewer overpriced drinks (a major money-maker at brothels) and, if they passed out, took up valuable real estate on couches and beds. They were also prone to violence.

When a leg came through the splintering wood, she fired her five-chambered, double-action .38

Big Nelly and other women in the sex trade tried to prepare themselves for encounters with such men. They employed “bullies” (bodyguards) and off-duty police to protect their houses. Women and their allies also avenged crimes against sex workers, sometimes murdering assailants and framing the death as an accident or suicide. They kept knives and guns and were trained to use them. 2 Big Nelly called to the men outside, told them she was armed and asked them to leave. Cairney threatened to kill her and began beating down the door. When a leg came through the splintering wood, she fired her five-chambered, double-action .38. Local men summoned a doctor for Cairney, who had been shot in the hip, and Big Nelly was placed in custody. Two other Mounties were assigned to guard her house.

The next day, the guards were found passed-out drunk. Two brothel patrons had stolen their guns and gear and paraded through downtown Edmonton. This caused a scandal – and public-relations nightmare – for the police, whom many western Canadians already held in dim regard.

The incident also exposed an awkward secret: As sex-worker memoirs, court records and newspaper reports from the time reveal, organized prostitution and red-light districts were largely permitted in Canadian cities during this period. Though brothels were illegal, many officials privately believed that “houses of ill fame” were essential to maintaining order. Frontier towns had mostly male populations and leaders saw brothels as a way of preventing homosexuality, illegitimate births and sexual assault, and of containing the spread of dangerous diseases such as syphilis.

Many early Western settlers came from Ontario, where brothels run by Toronto madams such as Allie Miller and Fanny Dunn were popular destinations – widely accepted by the city’s political and financial elites.3 Houses of ill fame could generate massive amounts of money, and historians have underestimated the economic contributions of sex workers to Canadian urban growth and development. Brothels paid hefty monthly “licensing fees” (bribes) to police and sold huge quantities of liquor – at a premium. They kept cab companies hopping at night, and generated major revenues for sellers of fine clothing, furnishings and food. They also lined the pockets of real estate agents who bought and resold houses to madams in red-light districts at greatly inflated prices. 4

Landlords often opposed crackdowns on prostitution because of the outrageous rents they could charge madams. In 1847, Mrs. Bloxsom and her husband, Daniel, a well-connected African-American couple who ran a popular disorderly house in Toronto, paid inflated rent directly to the city’s mayor, William Henry Boulton. Madams such as Mrs. Bloxsom faced racism and more dangerous conditions than Big Nelly but this didn’t prevent some from building small business empires and connections with the white male elite. In my research, I’ve discovered that madams and sex workers invested in real estate, hotels, restaurants and major construction projects. Women such as Edna Floyd, a madam who operated a brothel in Winnipeg in 1905, paid their property taxes, donated to charity and were believed to influence local elections – years before women had the vote. Importantly, brothels attracted male settlers to emerging towns and cities. Madeleine Blair, another early Alberta madam, recalled that any town that banned prostitution risked economic failure. Brothels often doubled as the town saloon and were popular sites for business and political gatherings. Though religious groups might protest, business owners pushed police to turn a blind eye.

So Thomas Cairney had not just attacked a “prostitute” that night, he had attacked a madam – and a powerful, influential one at that. Records from Big Nelly’s trial reveal she was valued and even loved by locals. She operated her Edmonton house with almost no arrests – a courtesy police reserved for the most popular, charismatic and successful brothel keepers. Her house generated revenue for local hotel owners, saloon keepers, liquor smugglers and shop owners. Not surprisingly, the Edmonton Bulletin, the town paper owned by future federal minister Frank Oliver, published a defense of Big Nelly and condemned the Mounties’ actions. Even the women in town seemed to accept Big Nelly. They had to. She was also the town midwife.

So when Big Nelly finally appeared before the judge in 1889 to answer to the charge of shooting with intent, it’s important to remember her unofficial status in town. We might expect a terrible fate for a woman on the margins who shot a Mountie in self-defence, but an understanding of the unwritten code of 19th-century Canada explains why a crowd of familiar faces in the courtroom declared her “not guilty” that day. The madam walked free, while Cairney bore a scar for the rest of his life from the night he crossed the most powerful businesswoman in town.

Our prostitution laws continue to marginalize and punish sex workers, and put them at a higher risk for violence

I’m working on a book and online exhibit, and am pursuing heritage markers, for women such as Big Nelly because I believe their stories have power. People from all walks of life still rely on the sex trade to pay their bills – and they make valuable cultural, economic and political contributions to society. As a queer person, I owe many of my own rights and freedoms to sex working activists. Yet violence against sex workers is not a distant memory in Canada. Statistics Canada reports that between 1991 and 2014 at least 294 were reported murdered in this country; the actual number is likely higher. Though attitudes toward sex have changed dramatically in the last century, our prostitution laws continue to marginalize and punish sex workers, and put them at a higher risk for violence. Many Canadians continue to accept this as normal or inevitable.

The stories of Big Nelly and of Canada’s historical sex workers challenge the way we think about the past. They question the romanticized images of settler people while pushing us to work toward a future that demands safety and respect for every member of society. Walking through the streets of Edmonton and Toronto – cities that sex-trade money helped build – I often recognize the names of Canadian pioneers from the long list of brothel clients and business partners I’ve collected over the past decade. I wonder, ‘How would Canadians think about sex-worker rights and safety if Edmonton unveiled a bronze statue of Big Nelly Webb?’ (Perhaps on a street named after her one of her clients.) What if Toronto office workers ate their lunch in Mrs. Bloxsom Park? What if Edna Floyd had her own stamp? I, for one, would be first in line at the post office.

It’s time to recognize our other civic founders. 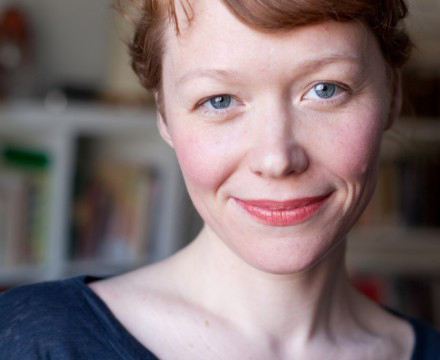