The University of Toronto isn’t just Canada’s biggest university, or one that regularly scores highly on prestigious university rankings. When we delved into the records that U of T and its community members hold – Canadian bests, world firsts, campus biggests or oldests or even hottests – we uncovered a picture of a place bursting with creativity, tradition and personality. It’s enough to give Guinness a run for it’s money. Check out all four categories: Arts, Science, People and Places & Programs. 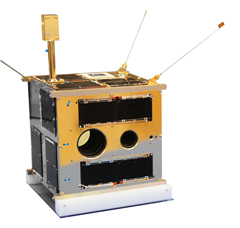 World’s Smallest Satellites
A satellite as small as a toaster? Welcome to the world of nanosatellites. This June, two miniature orbiters were to be launched into space, each carrying a tiny space telescope, which will enable astronomers to learn more about the the galaxy’s brightest stars. U of T’s Institute for Aerospace Studies and the engineering faculty collaborated for years to research, invent and build the amazing instruments.

Most Startup Companies of any North American University
Between 2009 and 2012, U of T and its partner hospitals created 63 new companies – more than any other American or Canadian university. For the top spot, U of T surpassed MIT, a perennial entrepreneurial powerhouse, which produced 58 spinoffs over the same period.

Bionym, a U of T start up founded in 2011, has created a device that identifies and authenticates people by their own unique cardiac rhythm

First Black Hole Discovered
In 1972, University of Toronto astronomer Tom Bolton published evidence of the first black hole to be observed in space. Theorists had been postulating about the existence of black holes for years, but had not been able to confirm the location of one. Bolton’s paper was later included in a Harvard University Press selection of the most important astronomy papers published between 1900 and 1975.

Watch a NASA animation of one way to spot a black hole – observe the energy flares when it consumes a star. 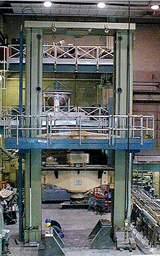 Biggest Stressor (It’s Not Exams!)
The Structural Testing Facility in the department of civil engineering hosts a three-storey contraption called a Baldwin Universal Testing Machine that applies loads of 1.2 million pounds to check the strength of various building materials and designs. The facility also boasts a Shake Table and a Blast Generator, surely putting it in contention for most fun workplace on campus.

Watch Prof. Evan Bentz give a tour of U of T’s Structural Testing Facility.

World’s First Single and Double Lung Transplants
In 1983, a team of surgeons at Toronto General Hospital, one of U of T’s partner hospitals, performed the first successful lung transplant. Three years later, the same surgical team performed the first successful double lung transplant surgery. Since then, the surgery has helped save thousands of lives around the world.

Hottest Place on Campus
The Laser Photonics Fabrication Lab in the department of electrical and computer engineering is a true campus hotspot. “When [we focus] ultrashort laser light inside transparent glass, nonlinear absorption in the focal volume heats the material to sun-like temperatures, peaking over 5,000°C for nanosecond durations,” explains Jianzhao Li, research associate with the department.

Coldest Spot on Campus
4°Kelvin – that‘s four degrees above absolute zero, or a bone-chilling −269°C. These cold spots appear not just in labs where liquid helium is used but in hospitals – liquid helium is required to cool down the superconducting magnets used in MRI machines.
Update: After this story was published, Prof. Stephen Julian of the department of physics wrote to tell us about one spot on campus that is even cooler…

Did you know U of T’s McLennan Physical Laboratories building is named after Prof. Sir John McLennan, a physicist who, in 1923, was the first person in Canada to successfully create liquid helium? 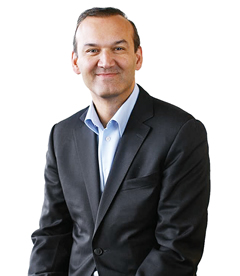 World’s Largest Health Study
Prof. Prabhat Jha of the Dalla Lana School of Public Health wants to understand how people die so that we can take better care of the living. That’s why in the past 12 years, he and his research team have examined the deaths of 600,000 people in India. What have they learned so far? That malaria kills far more people in rural areas than previously thought, and HIV-AIDS kills far fewer. His study has influenced health-policy decisions by the Indian government, and now serves as a model for other countries.