U of T students interested in creating the next Angry Birds or Mario Brothers video game can now work with designers from OCAD University through a joint course that mimics the real-life game development process. These screenshots were taken from Pitfall Planet, a fast-paced game in which two astronauts explore caves, scooping up prizes while avoiding hideous perils. The game – created by three U of T and three OCAD U students – recently won an industry-juried award at “Level Up,” an annual showcase where students strut their stuff for game company executives.

Pitfall Planet draws on traditional objectives – collecting objects, dodging foes, solving puzzles to overcome barriers. But unlike many games, where players compete (often to the digital death), Pitfall Planet’s levels can only be completed by working together. 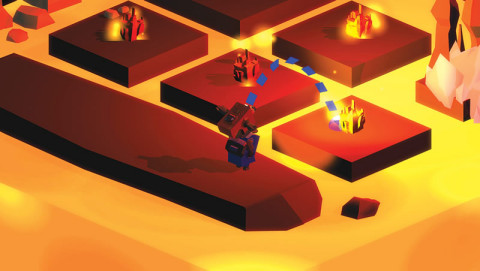 Players must carry and toss each other across each scene to reach areas inaccessible to a single player. “When older people are playing, they try to be really helpful,” says U of T student Daphne Ippolito, one of the developers. “But some of our friends just seem to really enjoy killing each other.” 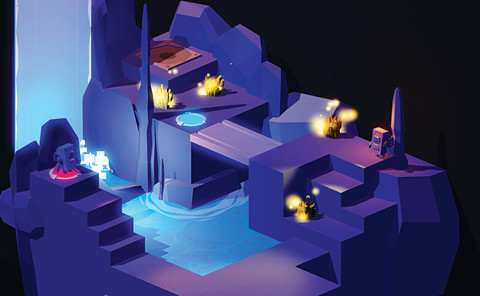 In video games, the more polygons, or “polys,” your game uses, the more detailed and realistic the visuals can be. By using simpler shapes, the team was quickly able to create new props for the levels, while maintaining a unified visual style. The current prototype of Pitfall Planet has only about 15 minutes of game play. Companies expect at least three hours for a commercial release, but the team has no shortage of ideas. “We had a lot of stuff on the cutting room floor that we want to keep working on,” says U of T student Adam Robinson-Yu, another of the game’s developers.