Start slideshow of Lipdub photos by clicking on image 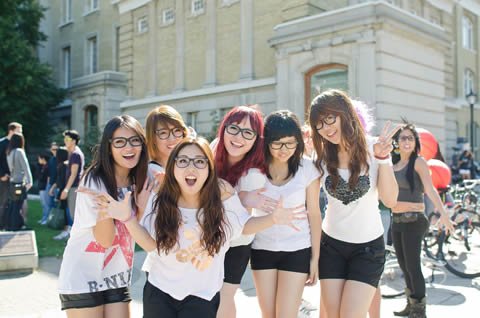 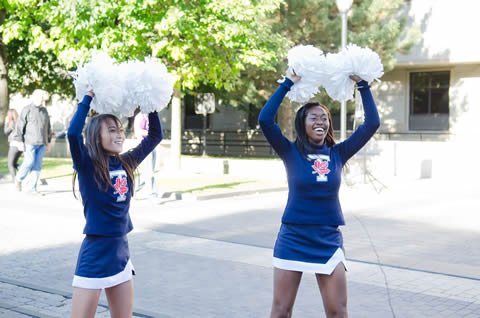 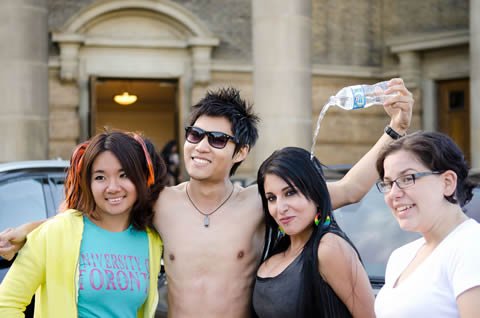 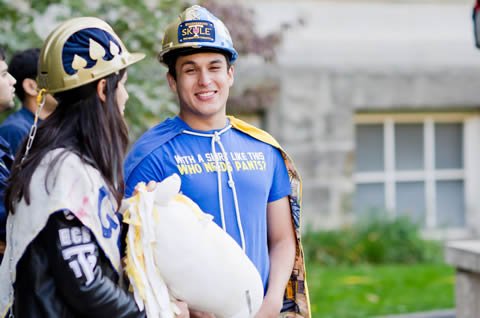 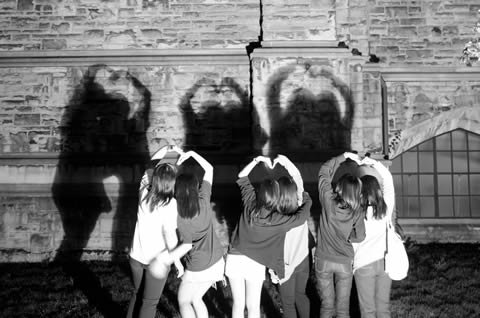 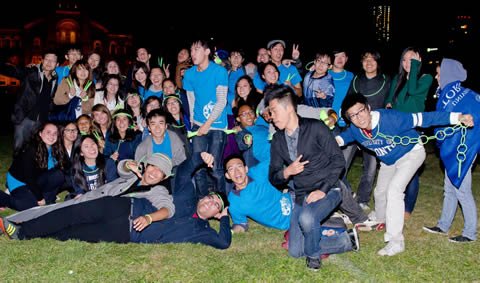 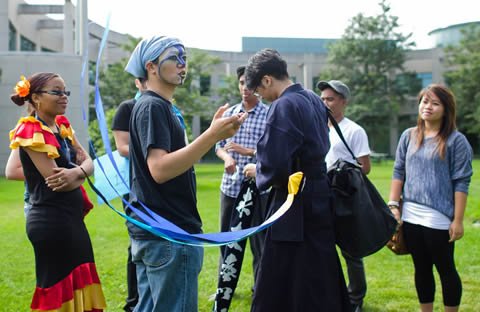 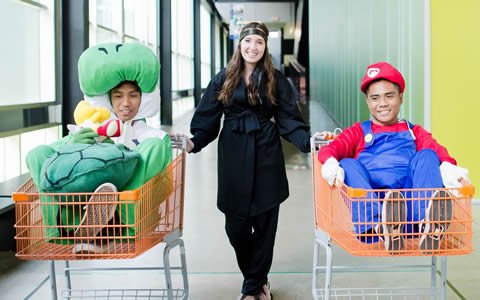 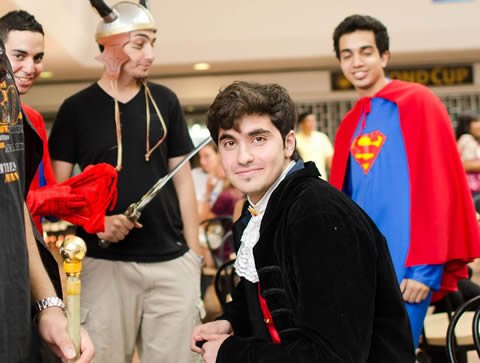 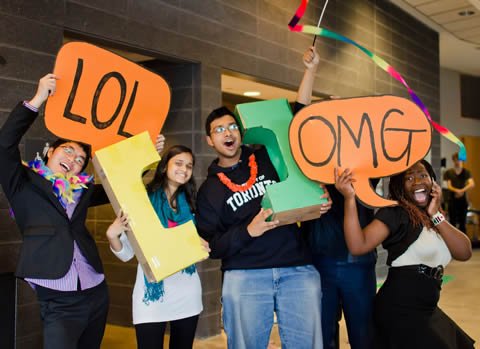 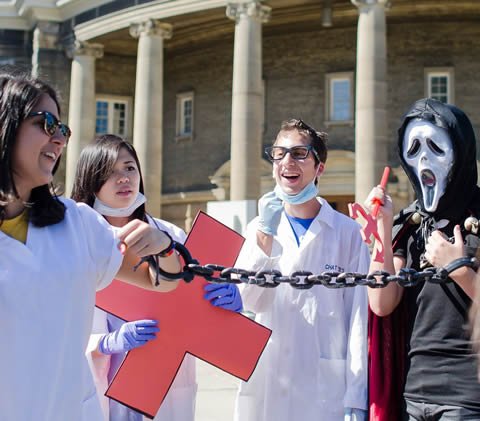 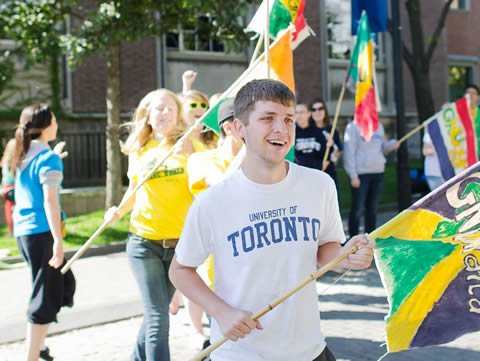 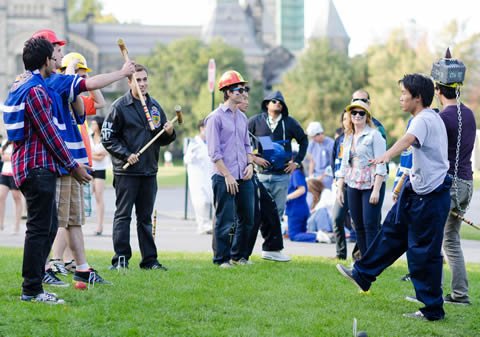 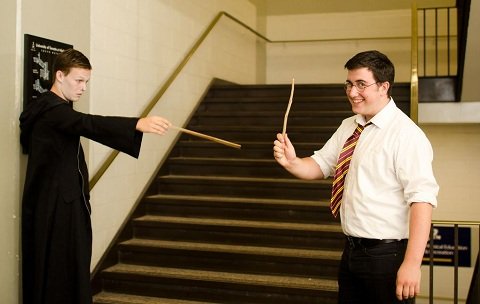 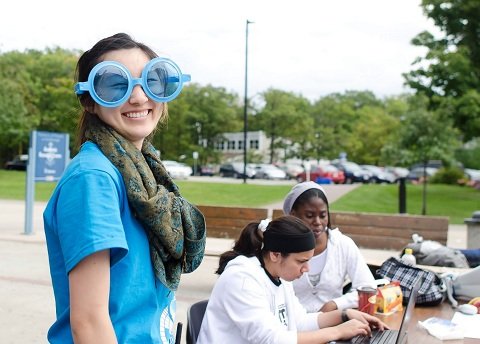 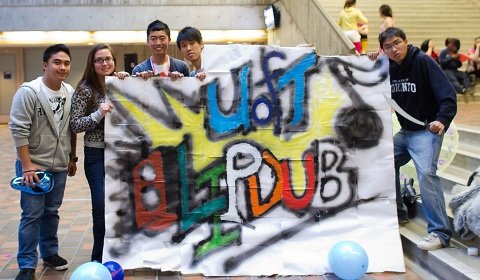 It’s a warm autumn evening, and the scene on Kings’ College Circle is chaos. Music blares from a cube truck stuffed with electronics, and Sandra Zhou, a second-year psychology major, is shouting instructions to a group of students – among the several hundred who have volunteered to take part in today’s video shoot.

Once today’s shoot is finished, and the editing and post-production complete, the video – or lipdub, as this particular genre is called – will be posted to YouTube and will show, in what is apparently one long, roaming shot, hundreds of U of T students dancing in costume, lip-synching, performing gymnastics, and otherwise whooping it up to a mash-up of three popular songs. (A teaser, posted here, shows U of T president David Naylor busting out a few moves of his own.)

Lipdubs have become popular with university students across North America as a way of demonstrating how exciting their school is. The Université du Québec à Montréal started the trend in Canada two years ago with a spirited romp through the Pavillon Judith-Jasmin to the tune of “I Gotta Feeling” by the Black Eyed Peas. Not to be outdone, UBC produced a video last year that involved celebrity cameos, underwater footage, and a flash mob. It’s been viewed 1.3 million times on YouTube.

At U of T, more than 600 students participated in three days of shooting in mid-September at all three campuses. Planning took months. The song selection, which Zhou says the organizing committee spent a long time considering, includes excerpts from “All Star” by Smash Mouth, “Party Rock Anthem” by LMFAO, and “The Show Goes On,” by Lupe Fiasco. In the end, they chose songs that had an “anthemic” feel.

As the sun sinks below Knox College, preparations for the night-time shoot on King’s College Circle begin. Lindsey Middleton, a UTM theatre student, and alumnus Allan Zacca light up their fire poi and stick and start twirling, while dozens of other students – including one in a cow costume — crack their glow sticks.

Jason An, who is studying neuroscience at Innis, couldn’t imagine being anywhere else tonight. “I just thought it was a great idea,” he says, “it’s exactly what U of T needs.”

The final cut of the video was scheduled for release on YouTube on November 4, but has been postponed.

A lipdub video featuring hundreds of U of T students will be delayed until spring because the organizers want to shoot some additional footage at U of T Mississauga early next year. The team’s goal is to create one of the best university lipdubs ever made, says lead organizer Sandra Zhou.

The organizers originally planned to release the video on YouTube on Nov. 4. Zhou said the group was happy with much of what they shot, but felt the UTM footage could be improved. “We have big things planned for UTM,” she says. “I’m really excited about this and I think it will be worth the wait.”

A second teaser has been released on YouTube, with behind-the-scenes footage and comments from the organizers. If everything goes according to plan, Zhou says the final video should be available before exams in April.