Many residents of this urban slum, in Guangzhou, China, including the man pictured, continue to live in these ruined buildings. They resist the illegal demolition of their neighborhood in the name of urban renewal and development.

Tong Lam loves ruins. Not in the nostalgic way of the 19th century romantics, but with a keen sense of their implications for the modern world. The U of T Mississauga history prof began taking pictures of abandoned cars in California in 2009, and since then has done photographic surveys of abandoned amusement parks, decommissioned Cold War defences and Chinese cities rocked by what he calls “hysterical transformation.”

Some of his most striking images come from China, particularly the southern city of Guangzhou, where the gleaming towers of the new city encircle a massive urban slum. Others depict the abandoned buildings of Hashima, a former coal-mining island off the south coast of Japan that was once a key force in that country’s industrialization.

Each place is different but they share striking similarities. Urban destruction is happening in most countries, Lam points out, affecting the environment and millions of people’s lives. He takes pictures of urban ruins in part “to think about the larger process of globalization and the circulation of capital.” Hashima, he points out, is the Japanese equivalent of Detroit.

For his show at this month’s Scotiabank Contact Photography Festival, his first in Toronto, he’s chosen four images and a video that suggest the parallels between security and surveillance in Berlin, Beijing and Pyongyang.

For Lam, there’s no division between his art and scholarship. He has organized conferences on the topic of post-industrial ruin and published a photo book, Abandoned Futures, on a similar theme. Sometimes he uses his photography to provoke discussion in the classroom. “I find it productive because it’s not conclusive,” he says. Whereas academic articles tend to deliver a clear message, with evidence, an argument and a conclusion, art is more open-ended. “Visual art is suggestive, but it doesn’t give you the final answer. And students actually have to engage the images more.”

Some of his images are so beautiful you might well wonder if anyone would stop long enough to think beyond the surface. But for Lam, beauty is intrinsic to his project – a bid to get people’s attention. It’s like going to a museum, he says. “The museum has to be attractive to get people in. But once they’re in, I don’t want them to exit through the gift shop. I want them to go to the library to look it up.” 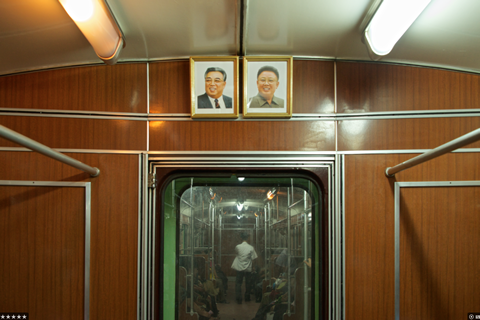 Tags: Photography, Exhibits, Department of History, U of T Mississauga