Four ideas out of 23 for building an even better Toronto

Discover the conditions that foster the creation and growth of successful tech start-ups.

According to a Martin Prosperity Institute study due out later this year, venture capital investments tend to cluster in certain neighbourhoods, even within cities that are generally seen as good places to start a company.

The study, by Martin Prosperity Institute director Richard Florida and researcher Karen King, mapped venture capital funding for tech-oriented startups in several global cities, including Toronto. They found that the area close to U of T, encompassing the Annex, Yorkville and midtown neighbourhoods attracted more venture capital – $81 million in 2013 – than any other part of the city, with the King-Spadina fashion district and all its digital start-ups coming in a close second, at $74 million. Between them, these two areas soaked up almost half of all venture funding in Greater Toronto.

This kind of mapping, says King, has become increasingly crucial because entrepreneurially driven firms – especially in sectors such as financial services, information technology, and software – like to cluster and to situate themselves close to pools of potential employees. It also “shows how great research universities such as U of T have become magnets for technology and talent, spurring startups and catalyzing new businesses and industries,” says Florida.

Transform underused public land such as river valleys and laneways into places for community use.

Cities are full of abandoned or neglected spaces, but these spots are not wastelands to architect Calvin Brook, a fellow at U of T’s Global Cities Institute and a principal at the architectural firm Brook McIlroy. When he looks at laneways, abandoned industrial sites and the underside of elevated expressways such as the Gardiner, he sees great potential for vibrant public spaces.

Waterfront Toronto took up this idea in recent years by building a children’s park and skateboarding facility under the Don Valley Parkway’s ramps at Eastern Avenue. Further west, the new Fort York Visitor Centre, built under the highest point of the Gardiner Expressway, provides a more formal type of reuse.

“The two abandoned bridges across the lower Don River would make an incredible project if whoever is in charge of them gave them over to community entrepreneurs to transform,” says Brook, who points to a Design Trust project in New York that catalogued orphaned spaces under elevated highways and then published their locations. In Toronto, he envisions something similar taking place: “These neglected spaces should be made available for creative design and reuse proposals that would open them up for public use. I think you would get incredible interest.” 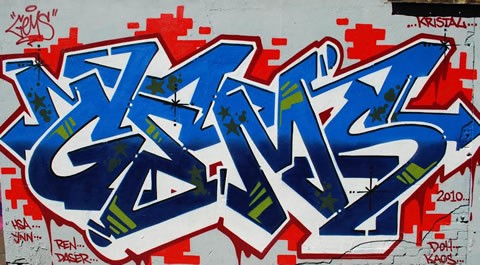 For years, a laneway that runs just south of Queen Street West in Toronto, between Spadina Avenue and Portland Street, was a dark and dirty space, forbidding and vaguely menacing. But since the alley became Toronto’s premier venue for graffiti murals, that space has become a colourful place where pedestrians can not only take in street art but watch as it is made. “The act of creating graffiti has become a performance art,” says Tracey Bowen, a lecturer with the Institute of Communications, Culture, Information and Technology at U of T Mississauga, who studies graffiti and visual literacy. The artists, she observes, “take marginal dingy spaces and turn them into happy and colourful and people-friendly spaces.”

In a city where public spaces are often overwhelmed by advertising images and logos, the presence of street art provides an alternative form of visual communication, says Bowen, a language that is “individualistic and expressionist.” Although city-approved street art might end up looking a bit institutional or dull, Bowen would like to see more walls sanctioned for artists who work with a raw and challenging aesthetic sensibility. Resurrect the Bureau for Municipal Research.

A century ago, a handful of Toronto businessmen set up an advocacy group that published reports and studies with ideas for improving local government. The Bureau of Municipal Research operated from 1914 to 1983. “I thought it was a pretty neat organization,” says Gabriel Eidelman, a professor in the School of Public Policy and Governance, who has begun cataloguing and scanning the bureau’s voluminous documents, many of which focus on topics that are still on the city’s agenda: housing, transit, effective regional governance. “We seem to often forget that we’ve had these debates in the past,” he says. Eidelman is considering creating a public website to archive the documents, but says the project is still in its infancy.

Still, he believes there’s a role in contemporary Toronto for an organization that would offer clear and easily understood policy research geared to ordinary citizens, as opposed to the issue specific advocacy produced by special interest groups such as the Board of Trade. He cites studies from the Bureau of Municipal Research on the impact of a proposed gas tax (1925), low voter turnout in municipal elections (1976) and an overview of the city’s transit problems (1977). These reports, Eidelman says, “could easily have been written today” and could be of use to citizens wanting to inform themselves about how the city arrived at where it is now.

See how U of T students, faculty and researchers are helping to make Toronto a more: