Kerstin Camenietzki had experienced ordinary ups and downs in mood, but never anything she called depression. It was at age 79 that she had her first serious tangle with the condition, and it hit her hard.

Camenietzki thinks the trigger was the death of her dog, Nellie. She had gotten the terrier as a puppy, shortly after retiring from a long career as a librarian. Her husband had continued to work, so the dog became a constant companion. “I was alone with her during the daytime,” says Camenietzki. “We’d take long walks in the ravine. We’d sit on the same sofa. She was like another human being.” But at age 12, Nellie was diagnosed with cancer and died.

At first Camenietzki was sad but stable. But during a trip overseas a month later, a debilitating depression struck. “It was very sudden and startling,” Camenietzki recalls. Over the next days and weeks, she completely lost her appetite. She couldn’t eat, couldn’t cook, couldn’t bear even the smell of food. She stopped sleeping. Her mood sank lower and lower. Although she didn’t want to end her life, Camenietzki started to understand why people did. “I have never experienced anything like it,” she says.

As many as one in six older adults show clinically significant symptoms of depression. For some, it is a lifelong condition that continues into their golden years; for others, such as Camenietzki, it doesn’t start until late in life. Dr. Kathleen Bingham, who recently completed her PhD in medical science and a research fellowship in U of T’s department of psychiatry, says in many ways the elderly are more vulnerable to depression. It can be set off by medical conditions such as stroke, Parkinson’s and dementia – all of which become more common as we age.

Bingham is particularly interested in depression in older people. She works at Toronto General Hospital, where she splits her time between patients and research – on geriatric depression. During her medical rotations, she was struck by how little was known about depression’s underlying causes and how much of the treatment involves some degree of trial and error. This was largely the case with Camenietzki, who found her way to Bingham’s care about a year into her illness. And, like many people with depression, Camenietzki suffered a “treatment-resistant” variety, meaning she had to try several medications before Bingham finally hit on a combination of two medications that worked.

In many ways the elderly are more vulnerable to depression. It can be set off by medical conditions such as stroke, Parkinson’s and dementia – all of which become more common as we age

Bingham’s investigation into late-life depression is precisely the kind of work that will benefit from a new research network funded by a $20-million gift to U of T’s Faculty of Medicine from the Labatt family. The donation is specifically targeted to understanding the biology that underlies depression, and will support two chairs in depression biology: one focused on late-life adults (in collaboration with the Centre for Addiction and Mental Health) and one focused on children (in collaboration with the Hospital for Sick Children). It will also support a professorship in depression biology and provide funds for research.

U of T’s department of psychiatry trains a quarter of all psychiatric residents in the country, and the university is at the centre of the third-largest biomedical cluster in North America. There’s a critical mass here, says Dr. Alastair Flint, a professor of geriatric psychiatry and the newly appointed director of the network, which will give special attention to mentoring scientists in the early stages of their careers – people like Bingham. Flint says this “pipeline approach” will help ensure that young researchers will be able to pursue promising avenues from the start, and will have a greater chance of being able to continue that work, and be supported in depression research, throughout their careers.

Bingham is interested in all types of late-life depression, but she has a special interest in psychotic depression, which, in addition to symptoms such as low mood, loss of appetite, insomnia and lack of interest in life, also involves psychosis. This could mean delusions, such as believing that someone has stolen all your money or that you have a fatal disease when you don’t. You might hear voices or have other hallucinations. Studies estimate that up to 34 per cent of older adults hospitalized for depression have psychotic depression, says Bingham.

Most of these people are successfully treated with a combination of an antidepressant and an anti-psychotic or electroconvulsive therapy. But a substantial minority don’t respond to either, and those who do can quickly relapse after treatment is stopped, says Bingham. And if physicians knew what was happening in the brain to bring on this and other types of depression, they would be in a much better position to treat it in a more targeted way, she says. 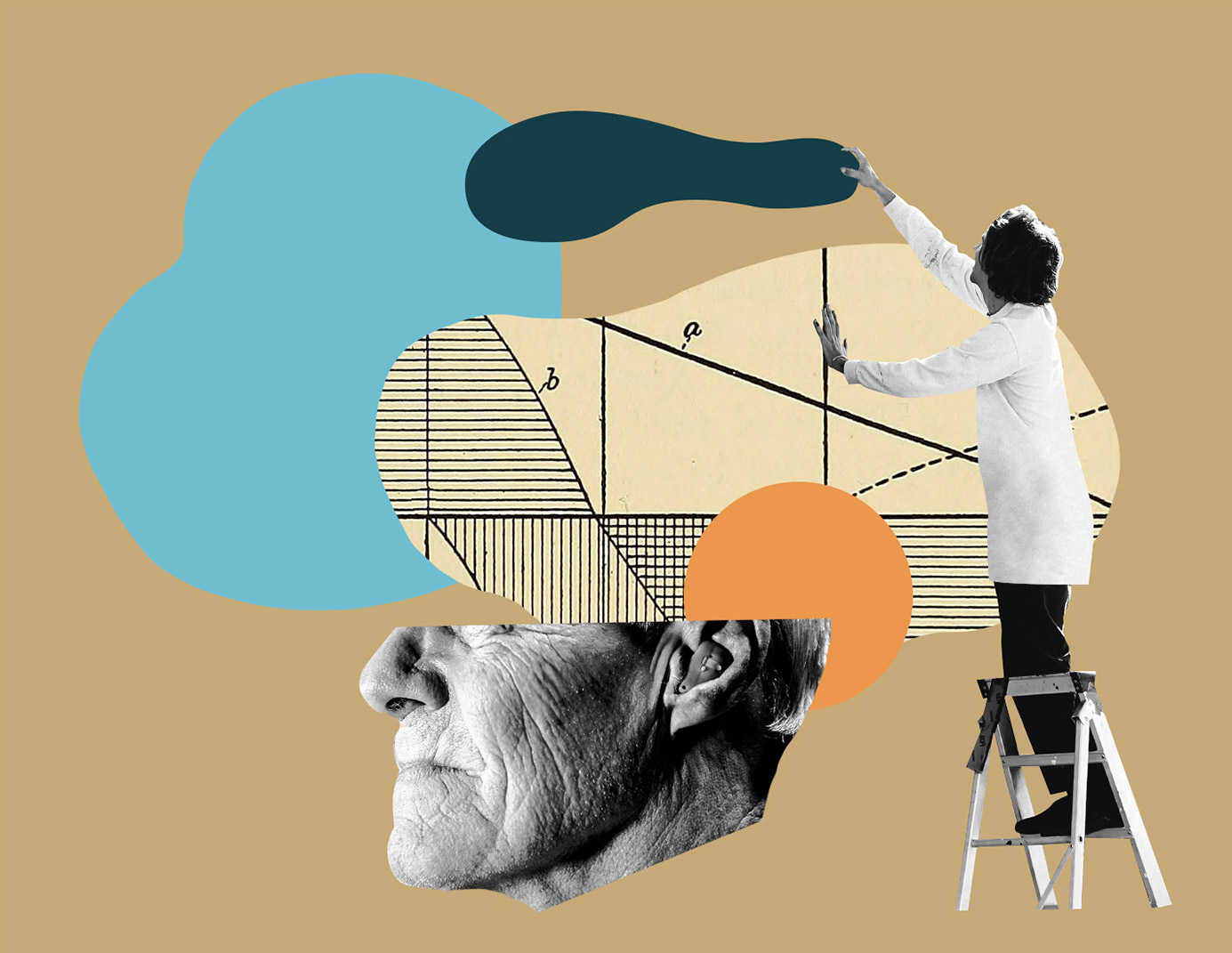 Bingham herself is intrigued by the connection between depression and cognition. “We know that people with late-life depression and psychotic depression can have a lot of cognitive difficulties,” she says. The brain’s “white matter” is known to play a role in cognition.

And white-matter abnormalities have been observed in patients with late-life depression. Bingham would like to investigate this relationship further, and to be able to glimpse inside the brains of depressed patients. Knowing if there are white-matter differences between healthy people and depressed people – even depressed people who have their condition under control – might give clues to other treatment options.

Advances in computational MRI techniques now make it possible to investigate white-matter structure in detail – and a related technique called magnetic resonance spectroscopy enables a look at the chemical composition of white matter. “That is what I’m interested in looking at,” she says. “Being able to look at the actual white matter in more detail will help us understand what’s really going on.”

Depression is the leading cause of disability on the planet, says Flint, yet we know so little about what causes it. “There are multiple risk factors for depression,” he says, “but we have limited understanding of how these factors affect the biology of the brain to cause depression: that is the challenge.”