Legend has it that two of the stonemasons that worked on the construction of University College – Ivan Reznikoff and Paul Diablos – got into a murderous fight over a woman, which ended with Diablos stabbing Reznikoff and then hiding his body somewhere on site. Two years later, much of University College burned in the Great Fire, but workers digging through the rubble discovered something strange: inside a ventilation shaft a skeleton wearing a belt with a buckle stamped with the stonemason’s emblem. It’s said the ghost of Reznikoff still roams the UC quad at night.

Working late one winter night, Hart House Theatre manager Paul Templin decided to sleep in his office and asked the security guards not to wake him. Sometime during the night, the door swung open and hit his cot. The door was glass-paned, so he could see there was someone standing behind it. The room was filling with smoke – the result of an electrical fire – so Templin quickly left and gathered with Hart House’s overnight staff on the sidewalk outside. He asked if anyone had been to his office; no one had. Templin credits the ghostly apparition for saving his life. 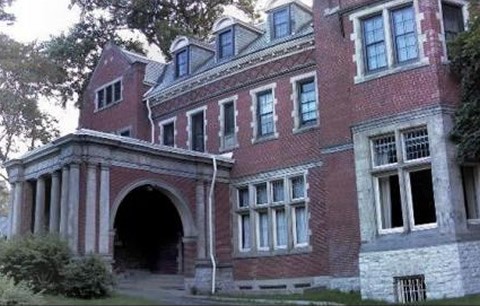 The large house at the northeast corner of Wellesley Street and Queen’s Park Circle that belongs to Regis College is said to have been home to a man who trapped a woman in a windowless room there. Eventually the woman went mad from the solitude, and hanged herself. Decades later, rumours persist that a woman entering the room alone late at night will find that the door suddenly swings shut behind her and refuses to open. To escape, she must pound on the heavy door until her rescuer is able to easily open it from the other side.

For the 18 years he was master at Massey College, Robertson Davies captivated the crowd at the annual Christmas party with spectral stories of his own invention. He sometimes told his fellow faculty members that, given his druthers, he’d haunt the college himself one day. Davies may have gotten his wish. Students past and present whisper of inexplicable phenomena within Massey’s walls that began the day that Davies did (or didn’t) leave us – wraithlike figures that disappear into thin air, objects that mysteriously move or show up in unlikely locations, and thuds and crashes coming from empty rooms. As a first-year engineering student, Leo Comitale (BASc 1997) was working with a peer on an electronics assignment in an old lab in the Wallberg Building. They were stumped when they noticed a man standing nearby they didn’t recognize. “He asked us what was wrong, and we told him we didn’t know. We had built the circuit exactly as described, but it was not behaving as expected,” says Comitale. The mysterious man told the students to double-check their wires. When they did, they found one was broken. They replaced it and completed the assignment. When they turned to thank the man, he was no longer there. “No one else could remember seeing anyone who matched his description. Neither of us saw this man again during our time at the university,” says Comitale. 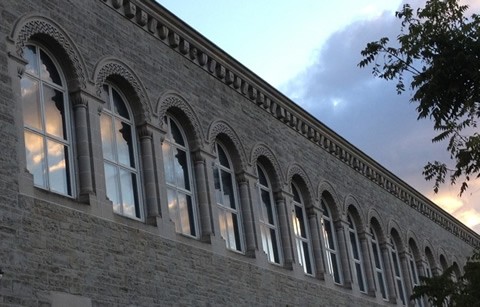 In the 1980s, students held a regular pub night on Saturdays in the basement of Laidlaw Library. One evening at about 1:30 a.m., the overnight watchman, Barry Breen, noticed that the library was in complete darkness; the pub had ended. At 4 a.m., he looked up from a book, and was alarmed to see that all three floors of the library were lit-up. He called U of T police and advised them that a break-in was in progress. Two officers arrived within minutes and searched the library for half an hour. Neither of the library’s two entrances showed any signs of forced entry. Breen wondered if the librarian had set the light-timer incorrectly. The officers agreed that it was a plausible theory, except that the library was not equipped with a light-timer.

Got any spooky U of T stories of your own? Leave them in the comments box below!