For many university students, their summer included a search for affordable digs. In this poll, 70 per cent said they pay for housing. Thirty per cent save on rent entirely by living with parents, while many others reduce expenses by residing with roomies.

Cost isn’t the sole concern. Stephen Ayeni, a third-year economics major, pays around $750 a month to live in a UTM residence with friends. “Because I’m an international student, my parents think it’s safer and more secure to stay on campus in residence. I do, too. It’s also extremely convenient, because I can just walk to the library in five minutes.”

This highly unscientific poll of 100 U of T students was conducted at Gerstein Library in June.

What four students had to say: 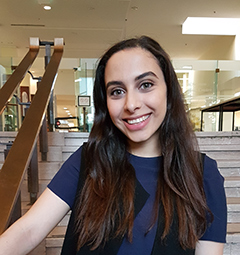 I live in a house in Little Italy. I pay $700, plus about $50 in utilities, a month. The three girls that I live with are my friends; I’m the only student. And they found this place, and it was a great price. And it’s actually a really cute house. 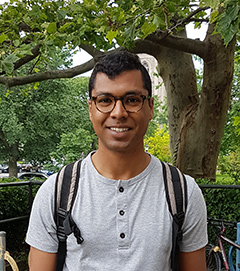 I’m paying $1,000 a month. I live with one roommate, off residence. I wanted to live in a condo with just one other friend. I found that if I went less than $1,000, it would sacrifice a lot of things. I wanted a relatively newer building with air conditioning that was nearby the school. 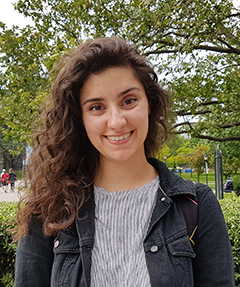 I share an apartment with two other people, and we each pay $800 in rent per month. It’s off campus, near Bloor and Church. It’s really important for me to be within walking distance of my classes, because the subway’s sometimes unreliable. And it made sense to split a smaller place between so many people just so that the rent is manageable.