While Facebook’s pervasiveness might feel annoying at times, it’s one of the main reasons U of T students use it: loved ones often have an account, regardless of age or location. “I get to connect with my grandparents and my aunts and uncles who may not use other social media platforms,” says Paida Magumbe, a fourth-year anthropology student. Others like its multi-functionality: Jenny Wang, a fourth-year commerce and English student, uses it not only to share photos and talk online, but to participate in study groups.

Luke Kyne, a second-year chemistry student, prefers Instagram as “it’s so easily accessible and because of its simple, minimalist layout.” Other platforms mentioned include VK, the largest social-networking service in Russia; the micro-blogging platform Tumblr; and IMGUR, an image-sharing site.

This highly unscientific poll of 100 U of T students was conducted at Sidney Smith Hall on St. George Campus in May. 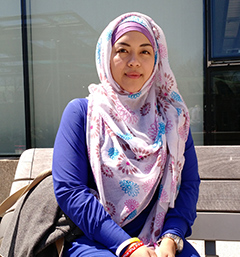 Tammara Soma
Fourth-year PhD student in the department of planning

I use Twitter because it gives a sampling of different news from around the world. Some newspapers have a very regional focus or a national focus but I’m interested in global matters, and that’s why I use Twitter. 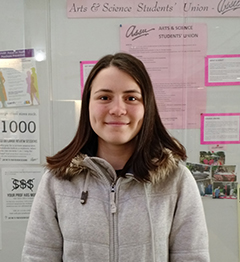 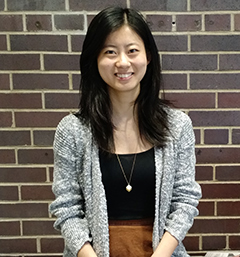 I moved to a new apartment recently, and I used Facebook to buy used furniture and sell furniture.There’s just a lot of different functions it can be used for, including buying and selling groups, study groups and sharing photos – which you can do with Snapchat or Instagram, but those are the only things you can do.