As summer ends and the cooler months near, the northerners who live along the shore of Hudson Bay, in Arviat, Nunavut, busily prepare for the fall and winter hunting seasons. Soon, beluga whale hunters will set out in boats, casting nets along the way in the hope of also catching Arctic char. Herds of caribou passing nearby will provide an opportunity to secure meat and fresh skins to keep the community fed and warm.

Gatherers know that the mussels are at their meatiest and most mature in August, making them an end-of-summer staple. They also collect Arctic cotton, which can be dried and used as wicks for candles. Cloudberries, cranberries, crowberries and blueberries are ready to be picked. And fireweed blooms – commonly referred to as pink flowers – are ready to be dried for jellies.

Kukik Baker, an Inuk community member, says the residents of Arviat work hard during harvest time to secure enough of this traditional food – known locally as “country food” – for everyone in the town of 2,700. They try to plan carefully to avoid shortages. In recent years, though, hunting and fishing yields have diminished due to climate change. Federal government programs designed to provide northern communities with access to healthy and nourishing foods at affordable prices don’t seem to be working as they should. These factors contribute to Nunavut having the highest rate of food insecurity in Canada. Many households, including some in Arviat, don’t get enough to eat.

Tracey Galloway, an associate professor of anthropology at U of T Mississauga, has been studying food insecurity for nearly two decades, and is all too familiar with its impact in northern communities. In the mid-2000s, she participated in a study on the health of the Inuit population living in the High Arctic, which found that 65 per cent of households, including 71 per cent of households with children, reported moderate to severe food insecurity. Almost 15 years later, not much has changed.

Aware of the health burden that can result from not having enough food, Galloway wondered how she, a southern researcher, could help. The federal government had been providing subsidies for food in northern communities for more than 50 years, but little research had been conducted about the effectiveness of these programs. Were the subsidies sufficient to address food gaps in northern communities? Were they ensuring that nutritious food was more accessible in the North? The Inuit health study had suggested otherwise.

Galloway decided to undertake a review of the Nutrition North Canada program, which, in 2011, replaced the long-running Food Mail program as a way of lowering the cost of shipping nutritious food to northern grocery stores. Under the old program, Canada Post received federal funds to transport nutritious and perishable food items that were not otherwise available year-round in northern communities. After 2011, these subsidies were redirected to individual retailers, who had to cover the costs of transporting the goods themselves. Through her research, Galloway found there was no way to ensure that northern food retailers, most of which are owned by the North West Company, were actually using the subsidies to deliver on affordable food pricing. She recommended stronger retail oversight for the Nutrition North program.

In Baker’s view, the shift from Food Mail to Nutrition North was not a positive development for Arviat residents. “The [previous] program worked well for a lot of us because we had more say in what was coming into the North,” she says. “But with Nutrition North, retailers would lower the price on items that people didn’t necessarily need every day.” She cites junk food and soft drinks as examples.

Joe Karetak, an Inuk hunter in Arviat who works to reduce food insecurity in the community, says southern-influenced solutions often fail because they disregard the unique food needs of northern communities. “Our traditional food continues not to be included in lists of recommended food,” he says.

The importance of a traditional diet is ignored in other ways as well. Baker and Karetak say there is little federal funding for infrastructure in Arviat to store, harvest and clean traditional foods. They say support for local food storage facilities, butcher shops, meat packaging plants and greenhouses would help the community store country food and distribute it throughout the region.

As part of her current research, Galloway has teamed up with the Centre for Indigenous Environmental Resources in Winnipeg to examine how northern communities are coming up with their own solutions to food insecurity. Both she and the centre prefer the term “food sovereignty” to describe how northern communities actively and independently address their own dietary needs. She says there has been a shift over the past decade toward food sovereignty in Arviat. “Community leaders, Elders and youth are mobilizing around this issue and creating innovative approaches that address both food security and climate risk in their areas,” she says.

Karetak has been hunting and harvesting food since he was a youth and consuming a traditional diet since he was born. Now, he is passing on his knowledge to his children and other youth in Arviat through his work as an Inuit Qaujimajatuqangit (“sacred Inuit knowledge”) research co-ordinator at the Aqqiumavvik Arviat Wellness Society, a local alliance of mental and community health groups. “My father promoted sharing so [my siblings and I] understood that we have to share resources and food without expecting anything in return,” he says. “As a hunter-gatherer society, you can’t always be successful. But maybe your neighbour was, and that’s what will get you by.”

Karetak started bringing together hunters in the community in 2012 to set out in search of game, and then distribute the meat throughout the community. Since then, these informal hunting parties have turned into the Young Hunters program, in which Inuk Elders and instructors guide youth on how to hunt sustainably and to create and maintain traditional implements such as ulus (a cutting tool), harpoons and harpoon heads.

Galloway has examined the Young Hunters program and found many benefits for Arviat youth. Among them: they learn how to build and maintain equipment such as qamutiiks (the sleds used to transport equipment and harvested food); they learn how to navigate over snow and ice in unpredictable weather; and, perhaps most importantly, they learn the importance of sharing and distributing country food with people in the community who cannot hunt for themselves.

Baker, the executive director of the Aqqiumavvik Arviat Wellness Society, says the Young Hunters program also incorporates contemporary knowledge, such as how to plan a trip using GPS technology.

The program hosts four intakes a year, with about 10 youth per session. “What started out as a food security program ended up being a really holistic opportunity for the youth, and really changed their outlook on life,” Baker says. “At the end of the first program, we surveyed youth participants and their families and learned there were improvements to the youth’s mental health.”

The society also hosts courses on nutritional meal planning and food budgeting. On the society’s website are recipes and tips for growing your own food, as well as information about maternal health. Inuit Qaujimajatuqangit (pronounced kow-yee-ma-yaa-tu-kang-iit) is at the foundation of all programming and outreach initiatives offered through the society.

While Baker and Karetak invest a great deal in preparing new hunters to feed the community sustainably, climate change is upending their plans. “We are constantly having to readjust because we aren’t sure what one season will look like to the next,” Karetak says.

Research has shown that migration patterns of important food sources, such as beluga whales and caribous, are changing, forcing hunters further from home. At the same time, unpredictable weather and ice conditions are making it less safe for harvesters to travel long distances. As water temperatures rise, Arctic char, a crucial component of the traditional Inuit diet, are moving north, limiting the duration of the fishing season. “We used to be able to set nets as far south as Churchill for char,” says Karetak. “But you can’t do that anymore as their migration stays much more north to the colder waters.”

Karetak remains hopeful about his community’s ability to adapt. “Once someone figures something out, we all learn from that person, and tell someone else how it works, and so on.” He no longer has much faith left in federal government-issued answers. Instead, he and Baker are emphasizing the importance of passing traditional knowledge on to the younger generations. “Our whole work is rooted in trying to help communities start planning for their own well-being,” Karetak says. “We know that won’t come from the government. They’re not going to help us hunt better.” 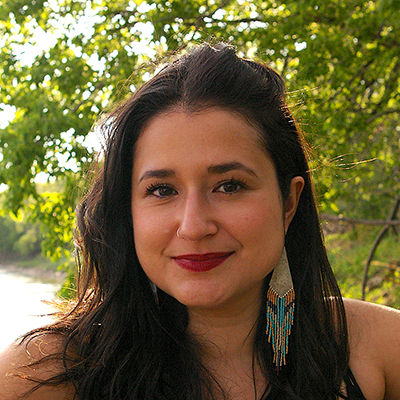 Galloway has come to understand why many northerners have lost confidence in federal solutions. “The big picture is that all of these factors – food, shelter, transportation, health and climate change – are all so closely interconnected and inevitably cause stress on one another,” she says. She believes that change can happen in the North, but not enough resources are supporting the resilience and ingenuity that already exists; funds continue to be misdirected into the hands of retailers. “Northerners live rich, fulfilling lives within their communities and regions, and these lives are only rarely and temporarily dependent on things or people in southern spaces,” says Galloway. The answers, she believes, are there within the community.

“Self-determination is just that: the ability for communities themselves to say what needs to be done,” she explains. “Only people that live in these places know how to eliminate the hunger and hardship some people face every day. We really need to listen to them, and to be led by them to a better future.”